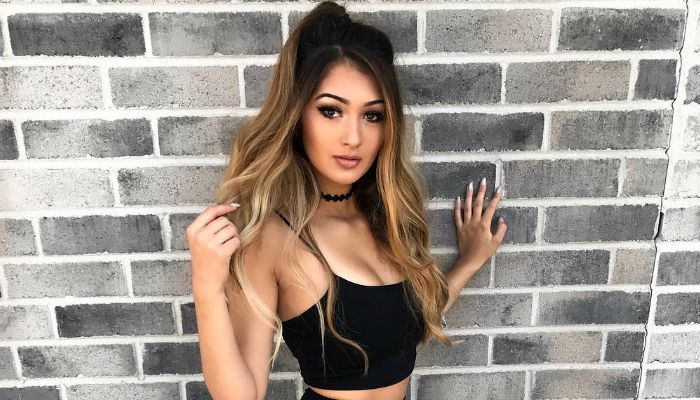 Who is Karlee Steel?

The Canadian YouTuber Karlee Steel is a renowned Internet sensation and model, who is known to have attained fame and recognition through YouTube and YouNow. She is popular across multiple social media platforms like Musical.ly, Twitter, and Instagram with a substantial fan following. She plunged into the world of social media in 2010 by creating an account on Twitter and posted her first video on YouTube in 2013. The fame that she achieved through social media has helped her to accomplish her childhood dream of becoming a model and is making a stir in that arena as well.

There’s not a lot we have to share about her immediate family as she has kept that aspect of her life under the wraps. The only thing that we know about her personal life is that she has three sisters.

Karlee has been in a relationship with musician Josh Bisschops since 2019. The couple runs a collaborative YouTube channel called Karlee & Josh, which has over 350 thousand subscribers.

She previously dated YouTuber and Viner, Conner Bobay from 2016 to 2018.

As a social media star with a large fanbase, she promotes brands and products with strategic videos and posts.

Karlee Steel has an estimated net worth of $0.5 million UD dollars as of 2020. Her money comes from monetizing her videos and popularity, brand endorsements and modeling. She lives with her partner in Michigan, United States. She owns a swanky BMW car.

She is famous for her prank game called Lyric Prank. It is hilarious when she does into her former boyfriends.

Besides being an Internet star she has also worked as a sales advisor.

Her ex-boyfriend Conner has appeared in a lot of her videos. A girl named Ricky stirred controversies on YouTube where she claimed that she was attacked by Conner and is very insecure.

Her self-titled YouTube channel has amassed over 1.3 million subscribers with over 100 million views.

As far as YouTube ad revenue, she makes $5 upwards for every 1000 monetized views. Some of her very popular videos are “SONG LYRIC PRANK – MY EX BOYFRIEND EXPOSES HIMSELF! (GONE WRONG)”, “REMAKING CRINGEY COUPLE MUSICL.LYS! (Musically)”, and “KISSING MY BROTHER ON OMEGLE *TROLLING* | Crazy”, among others.

She currently serves as a brand ambassador for the fashion label, Fashion Nova.