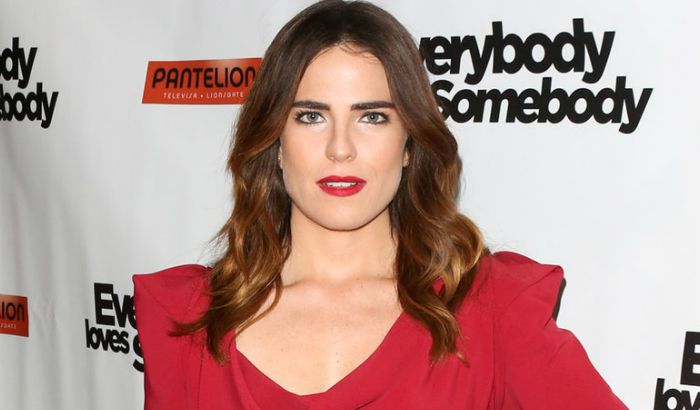 Karla Souza is a Mexican-American actress who became known for her portrayal of Laurel Castillo on the ABC legal drama series, ‘How to Get Away with Murder’. Alongside her television career, she has starred in a number of films and won various accolades.

She studied acting in an acting school in France and Central School of Speech and Drama in London, graduating with a Bachelors of Arts degree in acting in 2008.

She has dual citizenship, Mexican and American.

Karla has Chilean ancestry on her father’s side and Mexican on her mother’s side.

Karla Souza and banker Marshall Trenkmann got engaged in December 2013 before marrying in May 2014 in California. It was widely speculated before her marriage that they have been dating for a quite a long. She gave birth to their first child, a girl, Gianna in 2018.

In 2009, Karla dated actor Gonzalo García Vivanco which lasted for about few months and they mutually ended their relationship in 2010.

Karla made her acting debut with the 19993 film, Aspen Extreme, as a child actress. She was first seen playing a lead role in 2010 in the film El efecto tequila as Ana Luisa.

She received her first Award (ACE Award for Best New Actress) in 2012 for her role as Roxana Robledo in the film, Suave patria.

In 2008, Karla debuted in Television with a soap opera, Terminales, in which she appeared in an episode “Espejismos”.

Karla Souza has an estimated  net worth of $1.2 million. She lives with her husband Trenkmann in a luxury mansion in Los Angeles, California, United States.

As a child, Karla learned gymnastics for over 7 years. If she weren’t an actress, she would have been a gymnast.

She quit gymnastics at age 14 because her parents were against her decision to become a professional gymnast.

She is multilingual who’s mastered in Spanish, English, and French.

She first approached the makers of the show How to Get Away with Murder for an audition through her manager, but was unlucky though. She later auditioned for three roles before she was opted her for the role of Laurel.

On March 21, 2015, Karla gave her first TEDx talk in Leon, Guanajuato, on the topic “Sweet are the Fruits of Adversity”. It became the most-seen Spanish TEDx talk with more than a million views.

In February 2018, she reveled that she was raped by the director of a TV show when she was 22 years old. She didn’t disclose the name of the director.