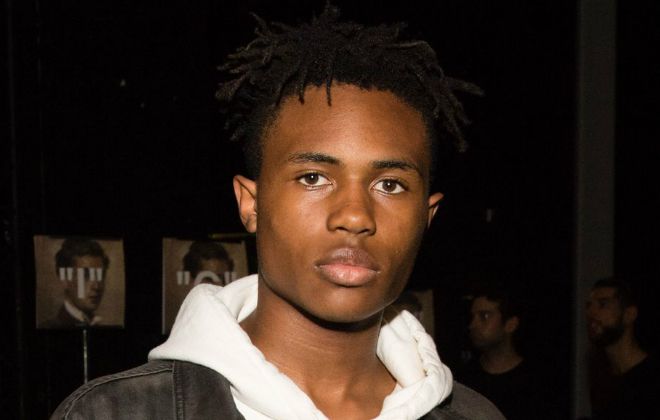 Who is Kailand Morris?

Kailand Morris is an American fashion model and musician who is best known as the son of the world-renowned musician and record producer Stevie Wonder. Following the footsteps of his father, he is also a passionate musician, who regularly accompanies his father playing drums on his tours. The young budding star is also popular on social media and he has over 80K followers on Instagram. He headlined when his relationship with dancer Maddie Ziegler went public in 2018.

Kailand Morris was born on the 1st of September 2001, in the United States of America. He is currently 19 years old.

There are no enough details about his education available at the moment.

Kailand Morris has been dating dancer and actress Maddie Ziegler since October 2018. They both first met on the set of Dancing With The Stars in October 2018.

Kailand made his runway debut at the Spring / Summer 2019 Women’s Fashion Show, in which he walked for Dolce & Gabbana.

Kailand is widely known as the son of singer-songwriter and music record producer Stevie Wonder. He is also known for his relationship with dancer and actress Maddie Ziegler.

He has modeled for Dolce & Gabbana and other fashion brands.

There are no details about his net worth available currently, but he would earn a decent income from modeling. His father Stevie Wonder has a net worth of $110 million and Morris would become a millionaire when he inherits his father’s wealth. He currently lives in Los Angeles, California.

His parents divorced when he was eight years old.

His father Steve organized a grand party to celebrate Morris’s 16 birthday at the famous ‘Belasco Theater’ in Downtown Los Angeles. Many celebrities have attended the party and rapper Travis Scott was his special guest. His parents gifted a brand new Mercedes to Morris as a birthday gift.

He used to play drums alongside his father.

His father was married to blues singer Syreeta Wright from 1970 to 1972.

Morris celebrated his girlfriend’s 16th birthday by posing with her in front of a brand new Audi car in October 2018.