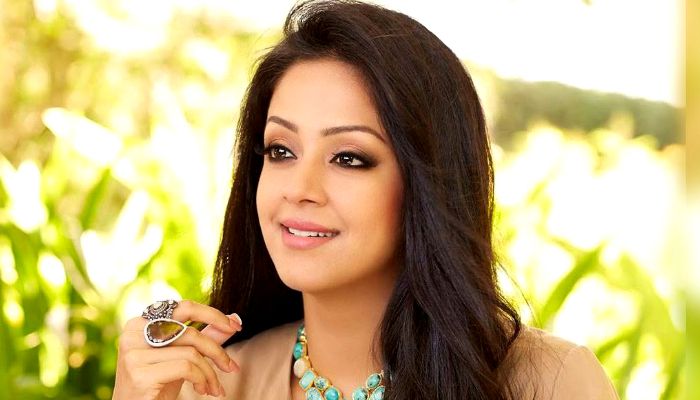 Jyothika is an Indian actress who mainly appears in Tamil films. She has also starred in other South Indian language films. She is known for her roles in films like Vaali, Kushi,  Kaaka Kaaka, Chandramukhi, 36 Vayathinile and many others. She has won numerous accolades including three Filmfare Awards South and three Tamil Nadu State Film Awards, to name a few.

Jyothika was born on 18 October 1977, in Mumbai, Maharashtra, India.

Jyothika attended Learner’s Academy in Mumbai and graduated in Psychology at the Mithibai College in Mumbai.

Suriya (2006- Present) – Jyothika and actor Suriya started dating since 1999 after working together in the film Poovellam Kettuppar. After seven years of dating, they got married on 11 September 2006 and they have two children – daughter Diya (born 10 August 2007) and son Dev (born 7 June 2010).

She made her acting debut in the Hindi film Doli Saja Ke Rakhna directed by Priyadarshan in 1998. The following year, she starred in the Tamil film, Vaali playing the role of Sona alongside Ajith. Her role in the film earned her a Filmfare Award for Best Female Debut – South and Dinakarn Award for Best Debut Female.

in 2002, she made her Telugu and Kannada debut with a multilingual film, One Two Three and in 2007 she first appeared in a Malayalam film, Rakkilippattu.

She took a hiatus from acting in films after her marriage and returned to cinema after six years. Her comeback film, 36 Vayadhinile gained her a Filmfare Critics Award for Best Actress – Tamil.

She hasn’t appeared in television series yet.

Jyothika has endorsed several brands like Idhayam oil and Paragon footwear in the past. She was also the brand ambassador for RmKV silk sarees and Wardrobe Hub in Chennai. Later, she appeared in adverts for Aircel and Nescafé along with her husband Suriya. She also appeared in commercials for Comfort, Shakthi Aasala and Santoor Soap.

The budding actress, Jyothika, who is a mother of two kids, has accumulated a net worth of $1.6 million US dollars as of 2017. She charges a handsome salary for her films and add to that is her high-profile endorsement deals.

She lives with her husband and his family in a luxurious house in Chennai. She owns a BMW 5 Series car. 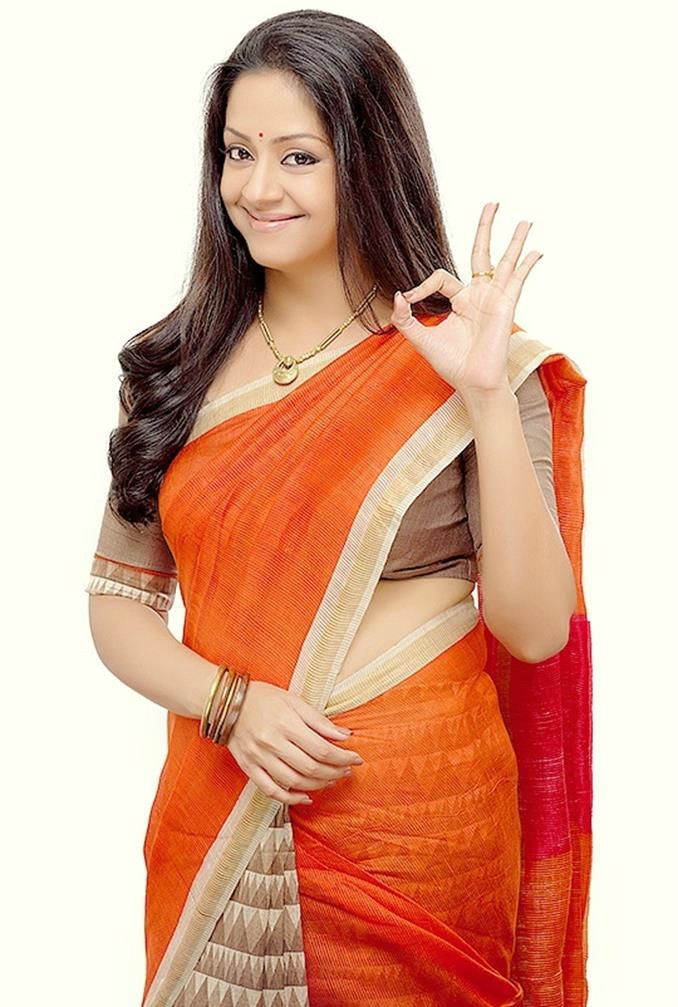 During her peak as an actress, she was the highest paid and the most-south after actress in the industry.

Actor Vikram referred her as Lady Kamal Hassan due to her dedication in acting.

With an acting career sapping more than 15 years, she has paired with all of the top notch actors in the Tamil film industry.