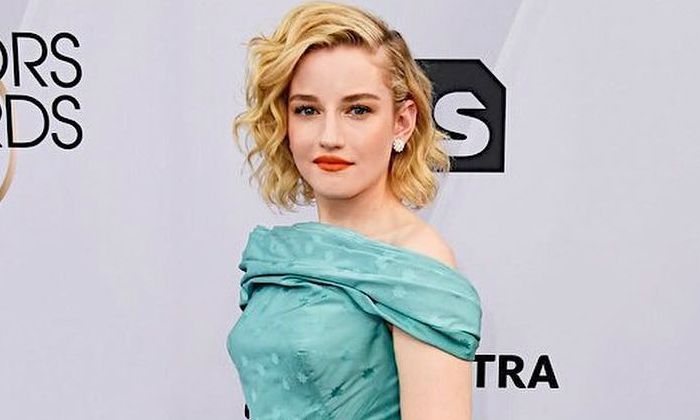 Who is Julia Garner?

Julia Garner is an Emmy award-winning American actress and model probably best known for her portrayal of Ruth Langmore in the Netflix crime drama series Ozark since 2017. Julia is one such gorgeous actress who has taken the acting world by storm. She is also known for her roles in the FX spy drama series The Americans, the Netflix dark comedy-drama miniseries Maniac, and as Terra Newell in the Bravo true crime anthology series Dirty John. On the film front, she has leading roles in such moves as Electrick Children (2012), We Are What We Are (2013), Grandma (2015), and Tomato Red (2017).

Julia Garner was born on the 1st of February 1994, in the Bronx, New York City, New York, United States of America. She is currently 26 years old.

Julia Garner is thoughts of two daughters to parents, Tami Gingold, a therapist, and Thomas Garner, a painter, and an art teacher. Her mother was also a successful comedian and actress in Israel but she retired well before she was born. On the other hand, her father is from Shaker Heights, Ohio. Her older sister, Anna Garner, is also an artist, producer, and writer.

She is of English, Scottish, Irish, and German ancestry on her father’s side whereas her mother has got German Jewish and Polish Jewish roots.

As for education, she attended a school in her locality, however, she dropped out of school before completing the 11th grade. After that, she secured a General Education Development certificate. At age 15, Julia enrolled in an acting course to overcome her shyness.

Talking about her romantic life, Julia Garner is dating the Foster the People lead singer Mark Foster for a while now. She got engaged to her boyfriend in April of last week during a trip to Yellowstone National Park. They got married on December 27, 2019.

Julia made her small screen debut by joining the third season of FX’s The Americans as a recurring cast in 2015. She played the role of Kimberly Breland through seasons 4 through 6.

After years of guest spots and minor roles, Julia Garner got her first major breakthrough with the Netflix crime drama series Ozark in 2017. She plays the role of a 19-year-old woman named Ruth Langmore who is part of a local criminal family. Her character was well received by the television audience which led to other roles in TV shows such as Dirty John and Modern Love.

For her performance in Ozark, Julia Garner won the 2019 Primetime Emmy Award for Outstanding Supporting Actress in a Drama Series.

As of 2020, Julia Garner has accumulated a net worth of $1 million. It’s no denying the fact that she is turning out to be a most demanding actress in the industry with already a series of prominent roles flocking in. Besides acting, she also endorses brands and products, which also contributed to her net worth.

At 16, she began her professional acting career and within a few years, she made a name for herself in Hollywood.

In 2012, she was auditioned for a role in David Chase’s drama film Not Fade Away however she was not selected for the role. Impressed by her performance, the director created a small part for her and cast her in the film.

In 2019, she won the Primetime Emmy Award for Outstanding Supporting Actress in a Drama Series for her role in the Netflix crime drama series Ozark.