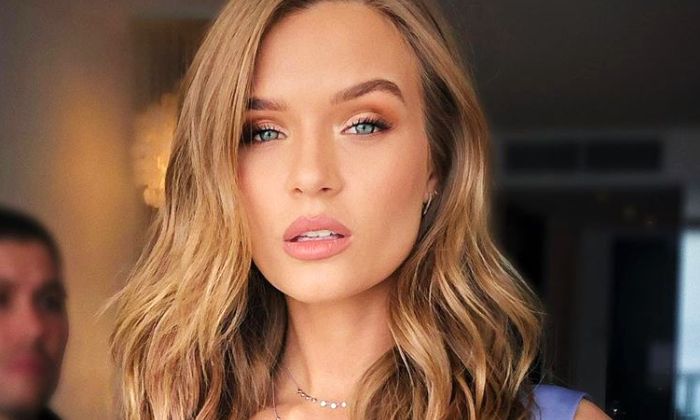 Who is Josephine Skriver?

Josephine Skriver is a Danish supermodel who became known globally for her work as Victoria’s Secret lingerie model. She’s working with the brand since 2013, walking in their coveted fashion shows and became the brand’s contracted Angels in 2016. In her successful modeling career, Josephine has modeled in campaigns for the likes of Karen Millen, Max Mara, Topten, Tommy Hilfiger, Armani, Balmain, Bulgari, Gucci, Max Mara, Michael Kors, Tom Ford, Andrew Marc, and many others. In January 2020, she’s named the newest rookie for the 2020 Sports Illustrated Swimsuit Issue.

Josephine Skriver was born on the 14th of April 1993, in Copenhagen, Denmark. She is currently 27 years old.

Josephine is the daughter of a gay father and a lesbian mother. Her father is a marine biologist and her mother is an IT Analyst. She and her younger brother, Oliver, were conceived through IVF. She is of Dutch and Danish ancestry.

Information about her education history is unknown.

Josephine Skriver began dating American musician Alexander DeLeon in 2013. Fiver years into the relationship, the couple got engaged in November 2018 and they live together in Nashville, Tennessee.

Josephine is half-Dutch and half-Danish, a combination that sounds perfect for a fashion model. She made her runway debut in February 2011 at New York Fashion Week, walking for designers like Calvin Klein and Rag & Bone. That season, she also walked for designers, including Alberta Ferretti, Gucci, Dolce & Gabbana, Givenchy, Yves Saint Laurent, Prada, Valentino, Alexander McQueen, Balenciaga, DKNY and Christian Dior.

The Danish model is quite a driving force and has an impressive social media resume. Having started her modeling career in 2011, she has since achieved great success and a legion of fans. Her elegant, yet still casual sense of fashion plus the racy pictures she shares from her modeling shoots have attracted over 6.2 million followers on her @josephineskriver Instagram account.

Skriver was discovered by a modeling scout as a teenager while on a school trip to New York with her soccer team.

She was pretty sure not to pursue modeling until she finishes her school studies. After graduating from high school, Skriver’s modeling career launched in the Fall/Winter 2011 season.

As a fitness enthusiast, Josephine Skriver partnered with her friend Jasmine Tookes and launched Joja, a health and wellness Instagram and YouTube channel where they share their workout routines, healthy tips and tutorials to keep you fit and healthy.

She calls her fans as “Sub Skrivers”.

She is an advocate of LGBT rights and talks a lot for the community in her interviews and other possible opportunities.

In February 2020, Josephine Skriver was named the newest rookie for the 2020 Sports Illustrated Swimsuit Issue.

She is a huge football fans and an avid fan of the NHL’s Nashville Predators and the NFL’s Las Vegas Raiders.