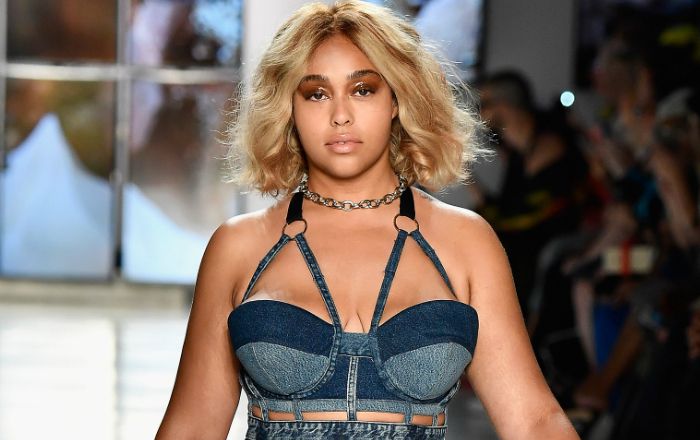 Who is Jordyn Woods?

Jordyn Woods is a famous plus-size model and internet star from Los Angeles who is better known as Kylie Jenner’s best friend. She is one of the costliest models in town who has modeled for international brands like Vogue and Mane Addicts. She has appeared in few episodes of the famous reality television series, Life of Kylie. She is one of the most followed personalities on Instagram with over 5.7 million followers. She has launched a makeup collaboration with Kylie in 2018.

Jordyn Woods’s parents are Elizabeth and John Woods. Her mother is a photographer and talent manager. Her father died in January 2017. She has an older brother, John Woods, a tattoo artist and a younger sister, Jodie Woods.

Jordyn Woods has been linked to many men such as Tristan Thompson (Khloe Kardashian’s husband) and NBA star James Harden in 2019. In late 2019, she caught her fan’s eyeballs when she was spotted with an unidentified man on several occasions, attending parties and hanging out together at nightclubs and restaurants.

She hasn’t acted in any films.

Jordyn Woods made her first television appearance in the reality show Keeping Up with the Kardashians as herself in 2015.

Woods started her professional career at age 12 when she signed with Ford Modeling Agency and worked with them until she was 9.

She moved to Calabasas at the age of 13, where she later became friends with Kylie Jenner. She is close to Jenner’s family and attended the Kanye West and Kim Kardashian’s lavish wedding held at Forte di Belvedere in Florence, Italy in May 2014.

She became familiar with the entertainment industry as a good friend of Kylie Jenner.

She has got lots of tattoos inked all over her body. Her brother is a tattoo artist.

In 2017 she was on the cover of the magazine named ‘Modeliste’ where she was featured as a fairy-tale diva with berry-like purple lips, wavy hair and cloudy-white feathers on her outfit.

On her 18th birthday, Kylie gifted her a black Mercedes-Benz convertible, worth around $70,000.

Jordyn has launched her own plus-size collection comprising of party dresses, stylish denim pieces and oversized jumpers in collaboration with Boohoo.com in June 2016.