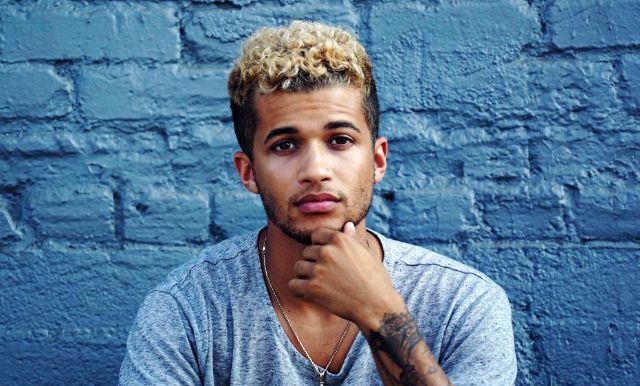 Who is Jordan Fisher?

Jordan Fisher is an American actor, singer and dancer who gained fame for his roles on the television series The Secret Life of the American Teenager and Liv and Maddie. Jordan along with his dancing partner Lindsay Arnold won the 25th season of Dancing with the Stars. He has appeared in various popular television shows and series as well as films.

Jordan was born on the 25th of April 1994, in Birmingham, Alabama, United States of America. He’s currently 25 years old.

He attended Harvest Christian Academy and later got admission in the Jacksonville State University in 2011.

In 2009, Jordan guest appeared in the comedy series, The Hustler in the role of Mario.

His recurring cast Jacob in TV series, The Secret Life of the American Teenager and Holden in the TV series, Liv and Maddie. He was also well acclaimed for his supporting roles in the television films Teen Beach Movie, Teen Beach 2, and Grease: Live.

Though we are not sure about his exact net worth at the moment, several other sources have estimated his net worth as $400,000 US dollars.

He was born to a teenage mother of 16 years. His maternal grandparents, Rodney and Pat Fisher, legally adopted him and raised him as their son.

Jordan created a name for himself in the industry with the role of Seacat in ‘Teen Beach Movie’ and its sequel ‘Teen Beach 2’. The former went on to became the second-highest rated Disney Channel Original Movie.

In 2015, Jordan Fisher received a ‘Teen Choice Award’ nomination for his songs in ‘Teen Beach 2’.

His likeness for video games is evident with his voice over and Motion Capture performance for the character Mathew Taylor in the video game Until Dawn in 2015.

Fisher made his Broadway debut in Hamilton on November 22, 2016, assuming the role of John Laurens/Philip Hamilton from Anthony Ramos.

He loves playing  the guitar and the piano. However, he can get his hands on six different instruments including bass, harmonica, French horn and drums.