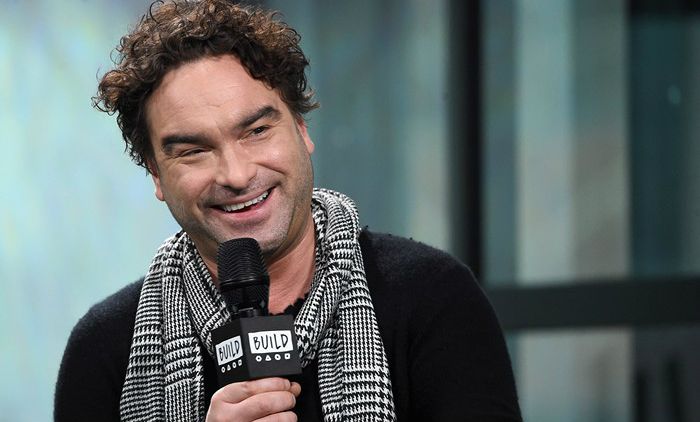 Who is Johnny Galecki?

American actor, Johnny Galecki, is popular for his roles as David Healy in the ABC sitcom Roseanne and Dr. Leonard Hofstadter in the CBS sitcom The Big Bang Theory. Over the years, he has appeared in a number of films and television series, but it is television that helped him to achieve stardom status. A huge fan of bikes, he once had a large collection of motorbikes, which he gave away after becoming a star in Hollywood.

Since he started acting at a young age of 7, he wasn’t able to concentrate on studies. He went to school till 8th grade after which he quit studies as he wasn’t interested in academics.

He is of Polish from her father’s side and he is of Italian and Irish descent from her mother’s side.

He dated actress Ariella Nicole from 2015 to 2018. They confirmed their relationship on New Year’s Eve by posting a picture of them celebrating the New Year in a private plane.

Prior to that, Johnny had been in relationships with many celebrities such as Sara Gilbert, Laura Harris, Ari Graynor, Kelsey Harper, Kaley Cuoco, Kelli Garner, and Katie Waissel.

In 1988, he landed a role of playing Toby Reardon in the comedy-drama, A Night in the Life of Jimmy Reardon, marking his film debut.

His first television appearance happened in 1990 when he was a cast in the NBC sitcom, American Dreamer.

Playing the role of Dr. Leonard Hofstadter in the comedy-drama, The Big Bang Theory since 2007. His performance in the series earned him a Satellite Award for Best Actor – Television Series Musical or Comedy as well as many other nominations.

Johnny Galecki’s net worth is estimated at $50 million US dollars. His impressive net worth mostly comes from acting in films, endorsements, TV salaries, and social media activities.

Galecki owns 360 acres of land in Santa Margarita, California that boasted vineyards and a log cabin. In late June 2017, his ranch was destroyed in a major wildfire known as the Hill Fire. Galecki, in a media statement, said wildfire was “the threat … we live with constantly, which may seem crazy to some but we do so because living in our beautiful, rural area makes it worthwhile.

Galecki got inclined towards acting at an early age, but his parents took many efforts to distract him from acting with sports, but they weren’t successful as he was very adamant in his goal.

He won the ‘Best Youth Comedian’ category of the Young Artist Award in 1993 for his character in ‘Roseanne’.

In 2012, Johnny Galecki won the Satellite Award for ‘Best Actor in a Series, Comedy or Musical’.