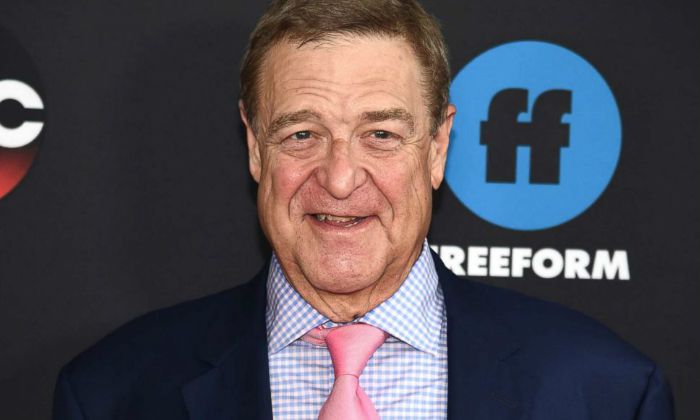 Who is John Goodman?

John Goodman is an award-winning American actor from Affton, Missouri, who received international attention for portraying Dan Conner, a blue-collar family man, in the ABC hit comedy television series, Roseanne. Having played this role for more than a decade, John received a handful of accolades and nominations. In his illustrious career as an actor, he has appeared in a string of critically acclaimed and box-office successful movies such as Raising Arizona (1987), Barton Fink (1991), The Big Lebowski (1998), O Brother, Where Art Thou? (2000), Argo (2012), Flight (2012), The Hangover Part III (2013), Transformers: Age of Extinction (2014), Patriots Day (2016), and Kong: Skull Island (2017).

In 2019, he joined the cast of the comedy TV series The Righteous Gemstones, playing the role of Eli Gemstone. Apart from numerous on-screen appearances, John has also done voice roles in animated films like Pacha in Disney’s The Emperor’s New Groove (2000) and Sulley in Pixar’s Monsters, Inc. (2001), and the Disney+ series Monsters at Work (2020).

John Goodman was born on the 20th of June 1952, in Affton, Missouri, United States of America. He is currently 67 years old.

John Goodman is the middle of three children to postal worker Leslie Goodman and waitress Virginia Goodman. His father died due to a heart attack when he was two years old.In addition to working as a waitress at Jack and Phil’s Bar-B-Que, she also did laundry and also worked at a retail store to provide the family. He has two siblings, an older brother, Leslie, and a younger sister, Elisabeth.

Although he’s a Missouri native, he has got English, German, and Welsh roots and was brought up as a Southern Baptist.

Goodman graduated from Affton High School in St. Louis County, Missouri in the year 1970. During his school years, he excelled in both sports and acting. After graduating from high school, he took a break for a year and later joined the Southwest Missouri State University on a full football scholarship.

After an injury shattered his dream of becoming a professional football player, John shifted his focus towards acting as he also had a penchant for performing arts since he was young. He later changed his major to acting and graduated with a Bachelor of Fine Arts in 1975.

Goodman married his wife, Annabeth Hartzog on October 27, 1989, and jas has since been together. John and Annabeth met in New Orleans while filming Everybody’s All-American (1988) and shortly after they entered into a romantic relationship.

They married a year later and welcomed their daughter, Molly Evangeline, on August 31, 1990. Molly works as a production assistant in the film industry

John Goodman made his feature film debut with a minor role in the action thriller drama film Eddie Macon’s Run in 1983. It is the film adaptation of James McLendon’s novel of the same name, in which she played the role of Herbert.

Goodman’s early works include minor roles in films and TV series and also starred in stage productions. His first television appearance came in 1980 when he was cast as George Rogers in the TV series, The Mystery of the Morro Castle.

Throughout his career as an actor, John has accomplished a lot and earned a name for himself in Hollywood. Critics often describe him as “among our very finest actors” when discussing his illustrious career.

His first major breakthrough performance was Dan Conner, a blue-collar Midwestern family man, and a tough-loving father in the hit comedy television series Roseanne. The series was one of the most popular TV shows during that time that earned him a lot of critical acclaims. He won a Best Actor Golden Globe Award in 1993 as well as received Emmy nominations seven times between 1989 and 1995.

With so many career accomplishments, John Goodman now has a net worth of $65 million. Much of this money comes from film and television appearances.

After graduating from college, he moved to New York to pursue acting where he stayed in an apartment near the theater district in Manhattan.

During his struggling years in acting, he worked as a bouncer, bartender, and waiter to meet his ends.

He appeared in the Broadway production of Loose Ends in 1978 and musical Big River in 1985.

He has hosted Saturday Night Live several times between 1989 and 2013.

John received a star on the Hollywood Walk of Fame on March 10, 2017, located at 6767 Hollywood Boulevard.

In 1993, he won a Golden Globe for Best Performance by an Actor in a TV-Series – Comedy/Musical for his role in Roseanne.

John quit drinking in 2007 and has since remained sober.

He was a member of the Sigma Phi Epsilon national fraternity.