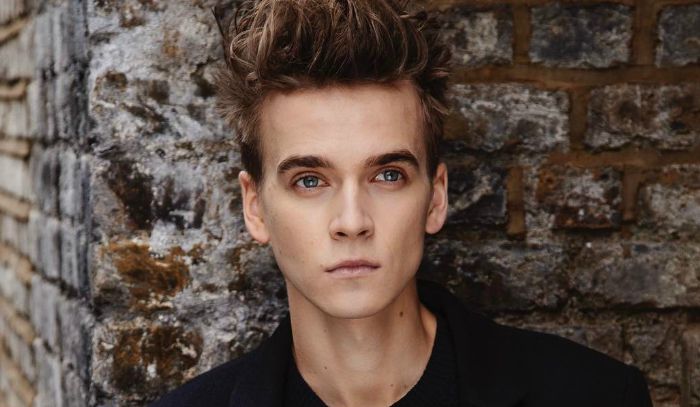 Who is Joe Sugg?

Joe Sugg is an English YouTuber, Vlogger, and author is best known for his YouTube channel ThatcherJoe, on which he has accumulated over 8 million subscribers. He posts videos comprising of challenges, pranks, and impressions.

Joe Sugg is the son of Graham Sugg and his wife Tracey Sugg. He has an older sister, Zoe Sugg, a blogger and YouTube personality and known on YouTube as Zoella.

He didn’t go to college.

Joe Sugg is in a live-in relationship with Dianne Buswell, his dancing partner from Strictly Come Dancing, since late 2018.

Before launching his own YouTube channel, he had appeared in some of his sister’s videos, achieved little fame, made himself known to others, and launched his channel titled “ThatcherJoe” in November 2011. Most of his videos consist of challenges, pranks, and impressions. As of November 2017, his channel has over 8.1 million subscribers and more than one billion views.

Sugg published his debut graphic novel, Username: Evie in 2015, and the following year, he released a sequel novel,  Username: Regenerated.

In 2015, he provided his voice in The SpongeBob Movie: Sponge Out of Water. The same year, he starred in a comedy documentary Joe and Caspar Hit the Road.

Joe first appeared as a guest in a TV show Sunday Brunch in 2014.

In August 2019, Sugg made his theatre debut as Ogie Anhorn in the musical Waitress on West End.

Joe Sugg is famous for different genres of YouTube channels and for being the brother of famous YouTuber, Zoe Sugg.

Sugg has an estimated net worth of $6 million US dollars. Most of his money comes from YouTube ad revenue. He began appearing in television shows and his avatar as a novelist add up a great value to his net worth.

During his childhood, he inclined to become a roof thatcher and even worked for some time before landing as a YouTuber.

Sugg was once a member of a ‘YouTube Boyband’ that raised money for ‘Comic Relief’, a British charity.

Joe Sugg shared an apartment with fellow YouTube star Caspar Lee until early 2016 and they like to call themselves as ‘Jasper.’

He would have appeared in Harry Potter and the Philosopher’s Stone (2001) along with his sister if he hadn’t been rejected for his short stature.

Joe Sugg is a talented skateboarder and loves snails.

He invented the ‘Shock Ball Challenge’ which is quite popular among YouTubers.

Joe Sugg’s pet quote is: ‘Come on Suggy, you can do this’!

In 2018, he participated in the sixteenth series of Strictly Come Dancing with his girlfriend and finished runner-up.

Joe did a cameo voiceover to the character called Pizza Boy in the 2019 film A Shaun the Sheep Movie: Farmageddon.

In 2019, Joe Sugg won the Global Awards under the category “Social Media Superstar”.