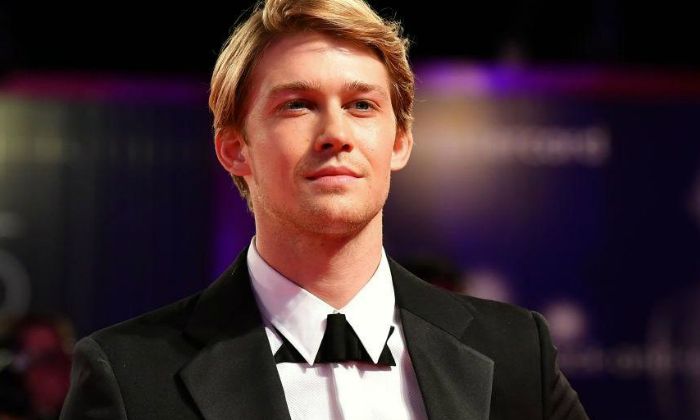 Who is Joe Alwyn?

Joe Alwyn is an English actor who made his mark in showbiz, portraying Bily Lynn in Ang Lee’s war drama film, Billy Lynn’s Long Halftime Walk. His acting career is just taking off, having starred in such movies as Mary Queen of Scots, The Favourite, Operation Finale and The Sense of an Ending. Despite his fascinating showbiz career, Joe drew a lot of attention lately for his relationship with singer-songwriter Taylor Swift.

Unfortunately, very little is known about Alwyn’s early life and family. He is the son of Elizabeth Alwyn, a psychotherapist and Richard Alwyn, a documentary filmmaker. He has two younger brothers, Patrick and Thoman Alwyn. His great-grandfather was a renowned composer and music teacher known as William Alwyn.

Joe Alwyn graduated from the City of London School before attending the University of Bristol, from where he majored in drama and English literature in 2012. He, then, enrolled at the Royal Central School of Speech & Drama, graduating with a BA degree in acting.

Speaking about his personal life, it is known that Joe is in a relationship with American singer-songwriter Taylor Swift. They have been dating each other since September 2016. In fact, he gained immense popularity and fame after getting into a relationship with Taylor. The two confirmed that they are in a romantic relationship in May 2017.

Alwyn got his start as an actor in 2016, playing the lead role in Ang Lee’s 2016 war drama, Billy Lynn’s Long Halftime Walk. Based on Ben Fountain’s novel of the same name, the film had actors Kristen Stewart, Vin Diesel, Garrett Hedlund, Chris Tucker and Steve Martin starring in the main roles.

In 2016, Joe appeared on a talk show called Today, marking his debut on television.

How rich is Joe Alwyn? According to sources, Joe Alwyn’s net worth is estimated to be over $400,000, earned mostly from his successful career as an actor.

If sources are to be believed, it was Emma Stone who co-starred with him in ‘The Favorite’, introduced him to Taylor Swift.

Despite being raised in London, his American accent is so good that his co-star Steve Martin from Billy Lynn’s Long Halftime Walk had no clue he was from England until a few weeks into production.

Joe modeled alongside Gigi Hadid for a Vogue photoshoot in 2016. Gigi is Taylor’s close friend.