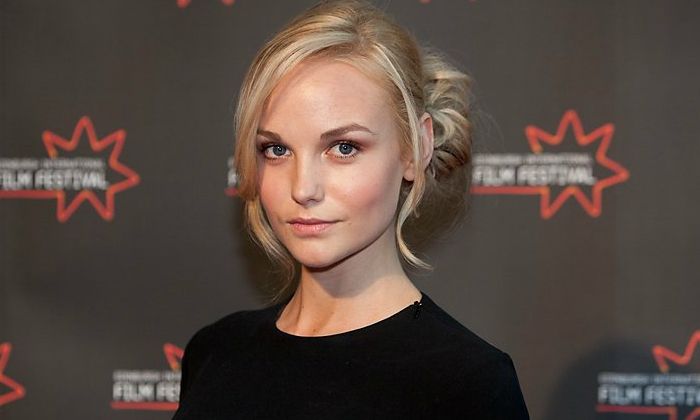 Who is Joanna Vanderham?

Joanna Vanderham is a Scottish actress who caught the spotlight for her role as Denise Lovett in the BBC period drama television series The Paradise. She then landed significant roles in television miniseries like Dancing on the Edge, One of Us, and Man in an Orange Shirt. In 2019, Joanna was cast as Penelope Blake in the Cinemax action series Warrior.

Joanna Vanderham was born on the 18th of October 1991, in Scone, a small village near Perthshire in Scotland. She is currently 27 years old.

Joanna Vanderham is the only child to Dutch businessman father Tom, and mother, Jill, a cardiovascular research professor at Ninewells Hospital in Dundee. Her parents divorced when she was very young.

For education, she attended the Robert Douglas Memorial School in Scone, and later switched to High School of Dundee in Dundee, from where she completed her high school. During her high school years, she explored her love for acting and enrolled at the Royal Welsh College of Music and Drama in Cardiff to study acting.

Talking about her romantic life, Joanna is possibly single as there’s not much known information in terms of her intimate relationships. It appears that she is focused on her career.

Joanna Vanderham landed her first acting job, playing the role of Margo, nanny to the lead character’s daughter in the 2012 drama film ‘What Maisie Knew’. The film starred Julianne Moore and Alexander Skarsgård in the lead role alongside Steve Coogan, which is based on Henry James’ 1897 novel of the same name.

Joanna made her acting debut as Cathy, her first lead role in the 2011 Sky1 drama miniseries, ‘The Runaway,’ a role that earned her an International Emmy nomination.

In a career spanning more than eight years, Joanna has played some significant roles in a variety of television series. Her best-known TV works include Dancing on the Edge (2013), The Paradise (2012), Banished (2015), Retribution (2016) and One of Us (2016). She is known for her riveting and fascinating performances but yet underplays her roles giving a subtle performance.

The pretty blonde who has been in the industry since 2011 has amassed a reported net worth of $1 million.

She didn’t follow the footsteps of her parents who were into different businesses. She developed an interest in acting at a very young age and joined the local drama club at age nine.

Joanna was offered the role of Cathy in The Runaway, a six-part miniseries for Sky TV, in her second year at the Royal Welsh College.

After graduating from the drama school, she grabbed the role of Denise Lovett in the BBC television series The Paradise.

In 2015, Joanna played Desdemona in the theatre production of Othello at the Royal Shakespeare Company, which was her favorite stage play.

In 2019, she played Penelope Blake, the wife of Mayor Samuel Blake, in the Cinemax action TV series Warrior. The network renewed the series for a second season in April 2019.