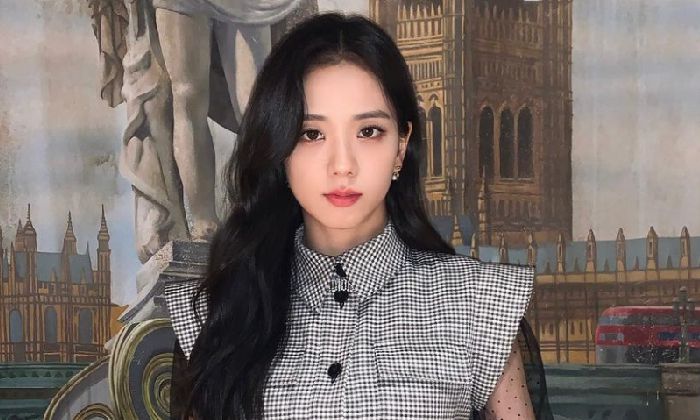 At the age of 26, Jisoo has already become a successful singer who is making a lot of impact ever since she debuted as a member of the K-pop girl group Blackpink. In August 2016, the group released their major debut single album “Square One,” spawning chart-topping singles “Boombayah” and “Whistle”. Blackpink has released two albums so far, “Blackpink in Your Area”, a full-length Japanese album released in 2018, and “The Album”, the group’s first Korean album, which arrived in late 2020, topping the music charts in Korea, New Zealand, US, and the UK. This young beautiful South Korea-born singer has earned a huge audience across the globe, delighting people of all ages through her incredible renditions.

Jisoo was raised alongside her older siblings, Kim Jung-hoon, and Kim Ji-yoon, in Gunpo, a city in the province of Gyeonggi, South Korea by her parents. She hasn’t shared too many details about her parents and her childhood.

She was educated at the School of Performing Arts Seoul. In August 2011, she signed with YG Entertainment after attending an audition. She would spend next five years as a trainee at YG Entertainment getting trained in vocals.

In 2016, she was introduced to the world as one of the members of K-pop quartet Blackpink with bandmates Lalisa Manoban, Roseanne Park, Jennie Kim. She’s the lead vocalist and visualist of the group.

It’s quite unfortunate for South Korean talents as they are mostly governed by strict management rules which confine artists from smoking, drinking, and even dating. YG Entertainment is one such management that doesn’t allow its members to involve in such things.

Why is Jisoo so famous?

What makes this singer so famous is her captivating looks and beautiful voice. Jisoo’s music career kicked off in 2011 when she became a part of YG Entertainment, a talent management company based in Seoul, South Korea. There she got trained for five years before landing in the K-pop all-girl quartet BLACKPINK as a lead vocalist and visualist alongside Roseanne Park, Lalisa Manoban, and Jennie Kim.

Having turned her passion into a career full-time, Jisoo has also had other career endeavors. In 2015, she made her acting debut with a guest appearance in the n the KBS2 drama The Producers.

The following year, Blackpink made an impact in the pop industry with the release of their single album “Square One”. With two chart-busting tracks, “Boombayah” and “Whistle”, the album was a massive hit in South Korea.

As a lead vocalist of the group, she’s credited with many hit songs and albums. “Ddu-Du Ddu-Du” was the first song from their line-up to enter the Billboard Hot 100, making the first K-pop act to do so.

In August 2018, they dropped their first Japanese album, Blackpink in Your Area, and followed up with a straight Korean album, The Album, in October 2020. The latter became an instant hit, selling more than 1.2 million copies across the globe, making Blackpink the first-ever million-selling K-pop girl group.

In 2021, she joined the cast of the JTBC drama Snowdrop, playing the lead character role alongside actor Jung Hae-in.

Thanks to her career endeavors, Jisoo now has a net worth of $8 million dollars. Her staggering wealth can be credited to her bankable singing career, endorsements, and acting endeavors. With a net worth higher than most people her age, Jisoo has proven that all it takes to be a successful person is time, passion, and talent.

Instagram is her most popular social media account, where she has over 35 million followers. It is the best place to follow her if you want to get the most out of her professional and personal life.

Apart from singing, she can play the guitar and drums.

She has appeared in commercials for Samsonite, Smart Uniform, and LG Stylus 2.

In addition to native tongue, she can speak Chinese and Japanese.

She has a white Maltese dog named Dalgom.