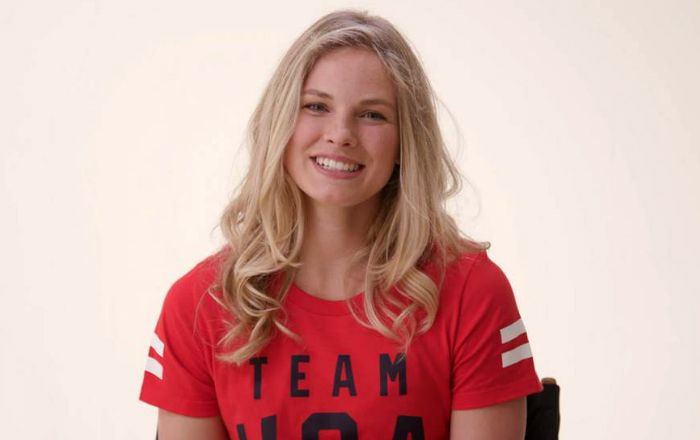 Who is Jessica Diggins?

Jessie Diggins was born on the 26th of August 1991, in Afton, Minnesota, United States of America. She’s currently 28 years old.

Jessica Diggins is the youngest among two children to American parents Clay Diggins and his wife Debra Diggins. She has an older sister named Mackenzie Diggins.

Jessie attended Stillwater High School, Stillwater, Minnesota where she was a member of the school skiing team for 6 six years and won several competitions participating in inter-school and other skiing leagues.

She then enrolled at the Westminster College as a member of the U.S. Ski Team.

Jessie has been in a relationship with a guy named Wade Poplawski, who is a financial analyst. He studied economics at the Colgate University and graduated in 2011. Just like his girlfriend, Wade is also good at sports and played ice hockey for the college team while studying at the university.

According to media reports, they both met at the wedding of mutual friends and they became friends. It didn’t take long for them to take their friendship to the next level. She posts a lot of their photos hanging out together to her Instagram page.

Diggins finished third overall in the 2017–18 Tour de Ski, becoming the first American to finish on the podium in the overall classification. During the 2018 Winter Olympics, she and Randall became the first American cross-country skiers to capture a gold medal by winning the women’s team sprint at the Alpensia Cross-Country Centre in Pyeongchang, South Korea.

she likes raspberries and pickles, but not together.

She was on skis before she could walk, her parents took her along with them up to the mountains in their ski backpack.

Growing up, she joined the Minnesota Youth Ski League at the age of 3, and spent every Sunday all winter long playing games and learning how to ski.

She spends her summer with her club training in Stratton, Vermont while she goes on racing in circuits in winter.

Jessie made her Olympic debut in 2014 in Sochi, finishing 8th in the 15-kilometer skiathlon event.

Jessie was chosen to carry the torch for the United States at the 2018 Olympics closing ceremony.

When she’s not skiing, Jessie loves to be active in other ways like hiking, camping, running, swimming, dancing or pick-up soccer games. She likes to read, is learning to play guitar and loves artsy-crafty projects.