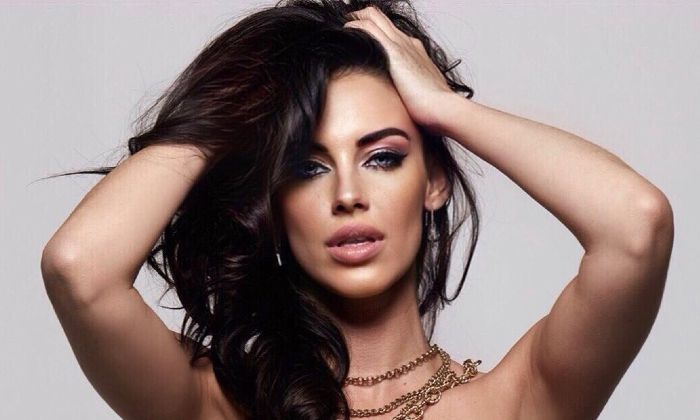 Who is Jessica Lowndes?

At 32 years old, Jessica Lowndes is already a successful actress and singer. She first caught the industry’s attention for her starring role as Adrianna Tate-Duncan on the CW television series 90210, a role that she played for more than five years. She has done a lot of guest roles in various TV series in addition to several television movies. Her notable film credits include The Haunting of Molly Hartley, Altitude, The Devil’s Carnival, Eden, and Abattoir. Aside from her acting career, Jessica has also taken a stab at singing. She has released two extended plays so far, Nothing Like This (2012), and TBT (Throwback Thursday) (2013) besides she has also contributed to the soundtrack of 90210 (TV series).

Jessica Lowndes is the daughter of Dan Lowndes and his wife Suzanne Lowndes, a piano teacher. She spent her early life in Vancouver with her sister Jacqueline Lowndes. She’s of English, Scottish and Irish descent.

For education, she attended Pacific Academy, a private school in Surrey, British Columbia. She took piano lessons from her mother when she was just five years old and started writing songs at age nine.

While in school, she performed in musicals productions which helped her explore her passion for acting and singing. It was then she decided to turn her passion into a career.

At age 16, she had already completed her first EP, and in 2005, she was discovered by the producers of Showtime’s series, Masters of Horror and cast her in their series in an episode. She then moved to Los Angeles where her career actually took off.

The Canadian beauty has had dated many men over the course of her career. From all of her relationships, it was her relationship with American actor Jon Lovitz that attracted a lot of attention. It is due to Jon is thirty years older than her.

In 2015, she shared a series of pictures of herself with Jon on her Instagram which raised speculations of them being in a relationship. They both later cleared the air saying that it was a publicity stunt to promote her music video. She, however, in 2016, confirmed (to some extent) that they actually dating but has since kept their romance away from the spotlight.

Prior to her relationship with Jon, Jessica was romantically linked up with Adam Gregory, Thom Evans, Jeremy Bloom and Aaron Paul.

Jessica began acting in 2005 with a minor role on Showtime’s series Master Of Horror and went on to appear in several TV movies and television shows.

She got her major breakthrough in 2008 when she played drug-addicted Adrianna Tate-Duncan in the CW hit drama series 90210, a spin-off of the ’90s teen drama series Beverly Hills, 90210. Her character was originally intended to be a recurring role but her popularity made the show producers promote her to series regular. She appeared in all episodes of the series which ended on May 13, 2013.

Jessica has released two albums and many singles to date. Songs, Undone and Nothing Like This, are her most popular tacks that have ranked on the U.S. Heat musical charts.

At such a young age, Jessica has already had a successful personal and professional life. Her career has shown how diverse she is and how much passion she has for singing and acting. Thanks to her successful and fruitful career, Jessica Lowndes has accumulated a net worth of whopping $6 million dollars. There is no doubt that Jessica’s career will continue to thrive as she reaches even more of her goals.

She was named People magazine’s World’s Most Beautiful People in 2009.