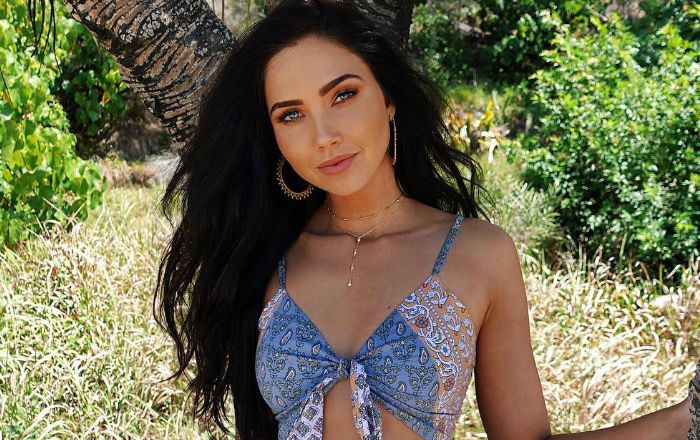 Who is Jessica Green?

Jessica Green is a young beautiful and talented actress from Australia who is better known for her role as Kiki on the Australian series Lightning Point. She has starred in many movies such as Red Billabong, Rise, and Pirates of the Caribbean: Dead man tells no tales, to name a few. In 2018, she landed her major lead role as Talon in The CW fantasy adventure series The Outpost. and filmed 10 episodes for the series.

Jessica Green was born on February 11, 1993, in Tasmania, Australia.

Her educational information is not available.

Jessica Green is in a relationship with her longtime boyfriend Cayden. She often posts a lot of their pictures having fun and hanging out around on Instagram which is clearly evident that they are absolutely in love. From a recent pic she posted on Instagram, it looks like Cayden has accompanied her to Coachella, and they took a picture with rapper Post Malone.

Jessica Green made her acting debut as Rebecca in the 2016 independent Australian horror and thriller film, “Red Billabong”, which was written and directed by Luke Sparke. The film revolves around two estranged brothers who find themselves stalked by a supernatural creature.

Her other film appearances include Rise (2014), and Pirates of the Caribbean: Dead Men Tell No Tales (2017).

Jessica’s first major acting role was as Kiki in an Australian television teen drama series “Lightning Point”, for which she learned Horse riding and Surfing. The series premiered in the US and the UK under its international title of “Alien Surf Girls”.

She also starred in TV shows like Roman Empire: Reign of Blood, Ash Vs Evil Dead, and The Outpost.

Jessica garnered widespread acclaim for starring in the Australian TV series, Lightning Post and the  American fantasy-adventure drama television series, the OutPotst, produced by The CW.

Jessica was the face of many leading Australian Brands such as Lorna Jane, Triumph Australia, Cellini, Sin Eyewear and Oscar Oscar Salons.

She has also appeared in Billabong and Nike commercials.

Jessica Green has an estimated net worth of $500 thousand dollars. She shuffles her time between the United States and Australia.

Jessica began modeling at the age of 14 years old and by 16, she won a modeling competition.

She is the lead ambassador for Porsche Gold Coast Australia.

By the age of 19 years old, this blue-eyed blonde won her major leading role in the popular Australian TV series, Lightning Point.

She played rugby while in high school where she was a forward for her school team.

She is afraid of spiders.