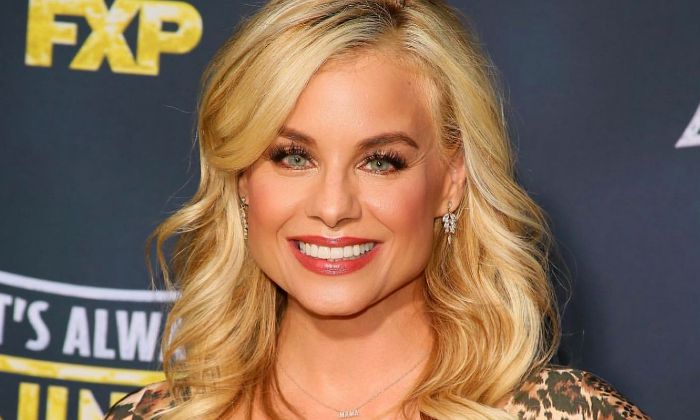 Who is Jessica Collins?

Jessica Collins is an Emmy Award-winning actress and former beauty queen from Schenectady, New York, who is perhaps known best for portraying Dinah Lee Mayberry on the ABC soap opera Loving and Avery Bailey Clark on the CBS soap opera The Young and the Restless. She had recurring roles in television series such as American Dreams and Scoundrels. Her notable acting credits, including guest roles, include Loving, Tru Calling, Big Shots, Beverly Hills, 90210, CSI: Miami, and Heartstrings, among many others.

Jessica Collins was born on the 1st of April 1971, in Schenectady, New York, United States of America. She is currently 49 years old.

While Jessica is very open about her professional endeavors, she keeps a very low profile when it comes to her personal life. She hasn’t talked much about her family or her early life. Jessica was raised by her mother, Eileen, and is of Italian, Irish, French, Polish, and English descent.

She is the oldest of five siblings and her younger siblings are Zachary Capogna, Chad Capogna, Justin Capogna, and Olivia Capogna. Her in-laws are Ray Cooney and Linda Cooney.

Jessica attended Amsterdam High School, a public school located in Amsterdam, New York. After she decided to pursue acting as her full-time career, she took training at the Royal National Theatre Studio and the Howard Fine Acting Studio in Los Angeles. She didn’t stop with that she also managed to graduate with honors from the Le Cordon Bleu College of Culinary Arts in 2009.

She began dating writer and producer Michael Cooney in 2014. They got married on May 4, 2016, and have a daughter, Jemma Katye Collins Cooney, born in January 2016.

Jessica’s first mainstream flick was “Leprechaun 4: In Space,” a direct-to-video science fiction black comedy slasher film. The film was premiered on February 25, 1997, in which played the role of Dr. Tina Reeves.

Technically, Jessica started off with television. Her very first television gig was “Loving,” an ABC soap opera. She played the character of Dinah Lee Mayberry Alden, a series regular, short-lived though. She received critical praise for her role which eventually led to other television gigs.

Though Jessica has acted in both films and television shows, she is more of a television actress because of the success she has achieved in the television industry. She made a career for herself after being named Miss New York Teen USA in 1988.

On the heels of her success with the ABC soap opera, Loving , she went on to star in several popular TV series, either in guest roles or main roles. She had major roles, including the NBC period drama, American Dreams, where she played Colleen, and the most popular CBS series, The Young and the Restless.

Her role as Avery Bailey Clark on the CBS soap opera earned her a Daytime Emmy Award nomination for Outstanding Supporting Actress in a Drama Series for her role, in 2013 and 2016, winning in 2016.

Jessica Collins is very active on social media. She can be found on Instagram @msjessicacollins, where she has nearly 70,000 followers. Obviously, the photo-sharing app is her most followed social media platform. Her other social media accounts include Twitter and Facebook, where she has over 83k and 25 k followers, respectively.

As of 2020, Jessica Collins is estimated to have a net worth of $5 million. With no doubt, acting is her primary source of income apart from several other business endeavors.

She was crowned Miss New York Teen USA 1988 and competed in the Miss Teen USA that same year, where she came in as first runner-up.

Jessica studied acting at the prestigious Juilliard School for theatre, where she performed in productions of Macbeth and The Three Sisters.

She was selected to attend an elite acting program at the British American Drama Academy in Oxford, England.

She appeared in the off-Broadway production Manic Flight Reaction.

Besides acting, Jessica is also a celebrity chef and runs her own cooking website.

Jessica made her her Broadway debut in 2007’s Pygmalion.

Her bucket list – A wine-tasting vacation to the Bordeaux region of France.