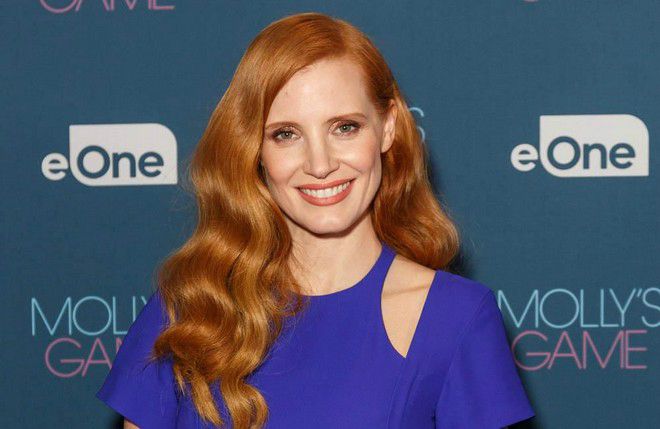 Who is Jessica Chastain?

Jessica Chastain is an American actress and producer best known for her appearances in films like The Help, Zero Dark Thirty, Interstellar, The Martian, Molly’s Game and Miss Sloane. She received Academy Award nominations for Best Actress and Best Supporting Actress for her roles in Zero Dark Thirty and The Help, respectively. She is known for her portrayals of strong-willed women in films with feminist themes.

Jessica Chastain was born on the 24th of March 1977, in Sacramento, California, States of America. She is currently 43 years old.

Jessica Chastain is the daughter of Jerri Renee Hastey (née Chastain), a vegan chef and a rock musician Michael Monasterio. Her biological father died on February 5, 2013. Her mother married her step-father, Michael Hastey, a fire-fighter. She was not on good terms with her biological father, and her birth certificate has no father listed in it. Jessica has said that her stepfather was the first person to make her feel secure. She shares a close bond with her maternal grandmother, Marilyn, whom she credits as someone who “always believed in me.

She has two half-sisters, Nicole Monasterio, and Laci Smoot and two brothers. Her younger sister, Juliet Chastain died by suicide in 2003 following years of drug abuse. She became estranged with her step-sisters.

Chastain graduated from El Camino High School in Sacramento in 1995. She attended Sacramento City College from 1996 to 1997, where she served as a member of the debate team in the college.

Later, she was accepted into the Juilliard School, New York City in 1999 and graduated with a Bachelor of Fine Arts (B.F.A.) degree in 2003.

Jessica Chastain made her acting debut with the 2008 American drama movie, Jolene, in which she played the  titular character.

In 2004, Jessica appeared in an episode of the American medical drama television series, ER, playing her part as Dahlia Taslitz.

In 1998, Chastain made her stage debut as Juliet in a production of Romeo and Juliet staged by TheatreWorks, in San Francisco.

Her portrayal as Maya, a CIA intelligence analyst, in the political thriller ‘Zero Dark Thirty’. Directed by Kathryn Bigelow, the film earned around $130 million against the production budget of $40. Chastain’s performance in the movie was met with positive reviews, earning her a Golden Globe Award for Best Actress and also received an Academy Award nomination for Best Actress.

Her performance as Celia Foote in Tate Taylor’s period drama film, The Help, which is based on Kathryn Stockett’s 2009 novel of the same name. The film had an ensemble cast, including Viola Davis, Bryce Dallas Howard, Allison Janney, Octavia Spencer and Emma Stone. The film was a critical and commercial success, receiving positive reviews and grossing $216 million in worldwide box office on the production budget of $25 million. She received an Academy Award nomination for Best Supporting Actress.

Chastain was the face of Yves Saint Laurent’s new women’s fragrance, Manifesto in 2012.

Chastain got inclined towards acting when she was seven years old, after her grandmother took her to a production of Joseph and the Amazing Technicolor Dreamcoat.

She was included in Time Magazine’s 100 most influential people in the world for 2012.

In 2012,  Chastain was named the Sexiest Smile by Victoria Secret’s “What Is Sexy” list.

Jessica Chastain played the title character opposite Al Pacino in a 2006 stage production of Oscar Wilde’s Salome and also appeared in Pacino’s drama-documentary Wilde Salome (2011). She was personally handpicked by Pacino to cast her in the play.

She learned German and Krav Maga for her role in the movie The Debt (2010).

Chastain was originally cast to play Maya Hansen in Iron Man 3 (2013) but dropped out due to scheduling conflicts. Rebecca Hall was later cast instead.

Chastain is a feminist, and has often spoken against the discrimination faced by women and minorities in Hollywood.

She was considered for the role of Annabel Richter in A Most Wanted Man (2014), but it later went to Rachel McAdams.

She is a huge fan of Marion Cotillard and has publicly expressed her desire to work with her.

she learned how to play the piano for her role in the movie Crimson Peak (2015) and performed all songs in the movie by herself.