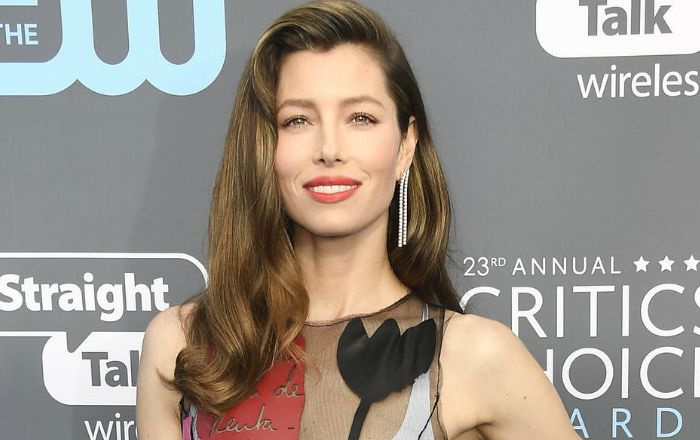 Who is Jessica Biel?

Jessica Biel is an American actress, singer, and model who came into the limelight after being cast as Mary Camden in the family-drama series 7th Heaven. She won the Young Artist Award for Best Performance for her work in Ulee’s Gold. She also received Golden Globe and Primetime Emmy Award nominations for her role in “The Sinner”. Her other acting credits include her roles in  The Texas Chainsaw Massacre, Blade: Trinity, Stealth, The Illusionist and Total Recall.

Biel was born on the 3rd of March 1982, in Ely, Minnesota, United States of America. She is currently 38 years old.

She is of Hungarian Jewish descent since her patrilineal great-grandfather was the son of Hungarian Jewish immigrants. Her grandmother is Danish. She has English, as well as has some German, Swiss-German, Scottish, Swedish, French and distant Welsh ancestry.

Jessica is the oldest daughter of Kimberly (née Conroe), a homemaker and spiritual healer, and Jonathan Biel, a business consultant, General Electric worker. She has a younger brother named Justin, a fashion designer who runs the eco-accessory line BARE. Her paternal grandparents were Donald Arthur Biel and Claire Porter. Her maternal grandparents were Garth Lon Conroe and Norma J. Roberts.

As a child, Jessica Biel lived in different cities including Texas, Connecticut, and Woodstock, Illinois, due to the nature of her father’s job. They finally settled in Boulder, Colorado where she attended Fairview High School. She attended Tufts University in Medford, Massachusetts for 3 semesters from 2000-2002.

Jessica Biel married singer and actor Justin Timberlake on October 19, 2012, at the Borgo Egnazia resort in Fasano, Italy. She had a lavish wedding that cost a whopping $6.5 million. The couple welcomed their son, Silas Randall Timberlake on April 8, 2015.

She had dated actor Adam LaVorgna and actor Chris Evans in the past.

Biel achieved mainstream success with her portrayal of Mary Camden in the American family drama series, “7th Heaven” and for her roles in the movies, “Blade: Trinity”, “The Illusionist”, and “The Texas Chainsaw Massacre”.

The stunning beauty and remarkable actress has a net worth of $18 million, as of 2020. She earned her fortune from her appearances in films and television throughout her career.

She took acting and vocal lessons at a very young age.

In 1994, she attended the IMTA Los Angeles convention, winning a scholarship for three years acting program at the Young Actor’s Space in Los Angeles. During this time, she went for several auditions and ultimately bagged a role in the WB series 7th Heaven.

She earned her first acting credits in a Pringles commercial when she was 11 years old.

She has a pit-bull named Tina.

In 2010, Biel along with Emile Hirsch, Isabel Lucas, musician Santigold, rapper Lupe Fiasco and other members of the United Nations Foundation hiked Mount Kilimanjaro in Tanzania to raise awareness of the global water crisis.

Biel is scared of spiders.

In 2012, she auditioned for the lead female roles in the movies “The Dark Knight Rises” and “Les Miserables” but both roles went to Anne Hathaway.

She debuted signing in the 2008 comedy film “Easy Virtue”, in which she recorded two songs.