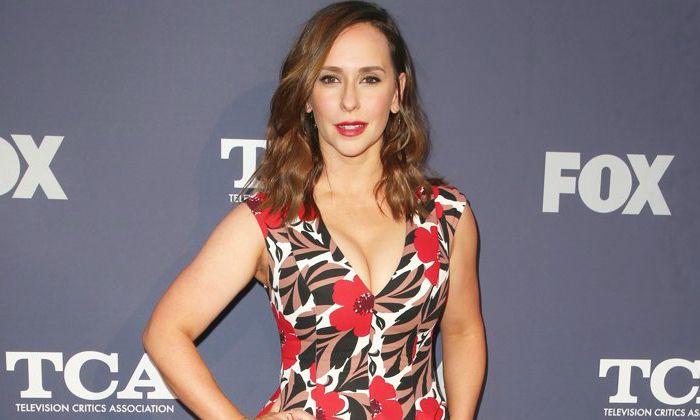 Who is Jennifer Love Hewitt?

Jennifer Love Hewitt is an American actress and singer who gained fame as a child actress with the Fox teen drama Party of Five, where she played the role of Sarah Reeves Merrin. As a teen budding star, she leaped to stardom with her promising roles in the horror movie, I Know What You Did Last Summer (1997) and its 1998 sequel. Her transition to adult roles started with the romantic comedy film Heartbreakers and went on to star in a host of hit movies and TV shows. She won Saturn Awards for her role as Melinda Gordon on the CBS supernatural drama Ghost Whisperer, in 2007 and 2008, respectively. Hewitt is also a talented singer; her fourth album in the US, , which was released in 2002, peaked at #37 on the Billboard 200.

Jennifer Love Hewitt was born on the 21st of February 1979 in Waco, Texas, United States of America. She is currently 41 years old.

Jennifer is the daughter of Patricia Mae (Shipp) and Herbert Daniel Hewitt. Her mother was a speech-language pathologist and her father was a medical technician. She has an older brother named Todd Daniel Hewitt. Her parents divorced when she was young and was raised by her single mother. Her mother died on June 12, 2012, aged 67, following a long battle with cancer.

Jennifer has dated many men throughout her life before getting married to actor Brian Hallisay in 2013. However, most of them were short-lived relationships and were once engaged with actor Ross McCall. Her dating history s:

She fell in love for the first time at the age of 14 with actor Fred Savage who was 16 years old then. The duo had gone out many times in 1993 but certainly, she doesn’t want it to be labeled as love because they weren’t knowing what they were doing at that age. She then dated actor Joey Lawrence for a few months in 1995. Hewitt and Will Friedle dated for over a year between 1996 and 1997 while they were working together in the romantic comedy Boy Meets World.

In 1998, she had a short-lived relationship with actor Carson Daly. Jennifer began dating LFO boyband frontman Rich Cronin after meeting him at an award show in 1999. Buy this relationship also ended quickly in 2000. Her short-lived relationships include actor Patrick Wilson, singer John Mayer, Kip Pardue, Scott Austin, Jamie Kennedy, Alex Beh Jarod Einsohn. All of these relationships lasted for a few months to a year or two. Her relationship with Scottish actor Ross McCall was considered to be the longest one. She met him on the set of the hit TV series Ghost Whisperer in late 2005 and shortly after, love blossomed between the two. They got engaged in November 2007, while vacationing in Hawaii. But, this relationship also didn’t last long, which they called off in 2008.

Hewitt started dating her co-star in the sitcom The Client List, Brian Hallisay in March 2012. The two got engaged in June 2013 and announced that they were expecting their first child that month. They married in November 2013, which was confirmed by the Us Weekly magazine. The couple welcomed their first child, a daughter, Autumn James Hallisay on November 26, 2013, and their son, Atticus James on June 24, 2015.

Jennifer Love Hewitt made her acting debut as Andrea Kurtz with a comedy film Munchie in 1992. She was credited as Love Hewitt.

In 1989, Jennifer landed the main role in a children’s television program, Kids Incorporated (or Kids Inc.). She played the character of Robin in the series from 1989 to 1991.

She got her first major breakthrough when she was cast in the lead role as Sarah Reeves Merrin in the teen drama, Party of Five. She appeared from season 2 to 6 of the series.

Jennifer’s performance in the commercially successful film, I Know What You Did Last Summer, received critical acclaim and rave reviews. The emerged as one of the highest-grossing films of that year. The next in the line of her successful projects was the CBS Network’s supernatural drama, Ghost Whisperer. She played Melinda Gordon in the series between 2005 – 2010 and was lauded for her performance in the show. She won the Saturn Awards for Best Actress on Television for consecutive two years in 2007 and 2008 respectively.

As a singer, she gained fame with the release of her fourth studio album, BareNaked in 2002. The album peaked at #37 on the US Billboard 200 chart and went on to chart at no.9 position on the Australian Top 100 chart. It spawned two hit singles, “BareNaked” and “Can I Go Now”.

Jennifer Love Hewitt has an estimated net worth of $18 million dollars.

She has been singing since she was 3 years old. She also took dance classes in ballet, jazz and tap as a child.

Her start in the creative industry happened at a very young age. Her first acting job was on the American children’s TV show, Kids Incorporated in 1989.

When she was 4 years old, she got disappeared at a restaurant-dance hall, She utilized her singing talents and sang the song “Help Me Make It Through the Night” on the stage that helped her parents to find her.

Jennifer performed the rendition of “The Greatest Love of All” on stage at the age of 6, which was her first stage appearance.

At age 9, she toured Russia as part of a dance troupe called the Texas Show Team.

She moved to Los Angeles after turning 10 to pursue her dream to be an actor and singer.

Jennifer is a huge fan of the Glasgow Celtic Football Club.

She published her work titled “The Day I Shot Cupid” in 2010, a book that essays her experiences with love and dating.

Hewitt revealed to several magazines that she wears a tiara when she takes a bath.