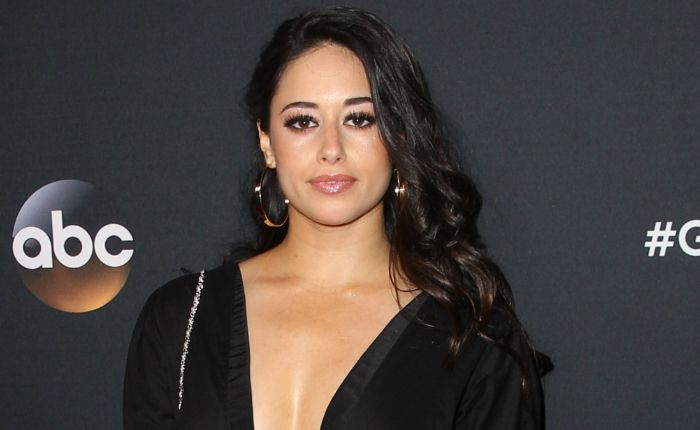 Who is Jeanine Mason?

Jeanine Mason is an American actress and dancer who came into the limelight following her title win of the fifth season of the Fox reality show “So You Think You Can Dance.” She was crowned America’s Favorite Dancer. Her win led to starring roles on television series like “Bunheads,” “You’re the Worst,” “Awkward,” and “Of Kings and Prophets.” Mason landed a recurring role as Dr. Sam Bello on ABC’s popular medical drama “Grey’s Anatomy” in 2017. In 2019, she began starring as Liz Ortecho on the CW drama and sci-fi series Roswell, New Mexico.

Jeanine Mason graduated from the University of California, Los Angeles with a BA degree in Dance in 2014. She then enrolled at The Michael Woolson Studio to hone her acting skills.

She belongs to Cuban descent.

Not much is known about her parents and family background as she hasn’t revealed anything about her family to the media and public. She has a sister named Alexis Mason, who participated in the eighth season of the Fox reality show “So You Think You Can Dance.”

Jeanine Mason has been in a relationship with actor Beau Mirchoff since 2011. The two secretly dated until 2014, however, in June 2014, Mirchoff confirmed to Glamour that they had been dating for over three years. He also revealed that he met her at an acting studio where they both studied acting.

Jeanine Mason landed her first acting role as Marcela in the 2014 film “Default”. Before that, she had appeared in a couple of short films such as Glassy and ¡Understudy!.

Mason debuted on television with the reality TV show, “So You Think You Can Dance” on Fox in 2009. She was only 18 when she competed on the fifth season of the show and eventually emerged as the winner of the show. She became the youngest contestant to win the show as well as earned the title of America’s Favorite Dancer

Without a doubt, her participation on Fox’s “So You Think You Can Dance” was the biggest turning point in her life. It is the show that brought her fame and recognition as well as starring roles in films and television. Having said that the popularity she gained from winning the show helped her a make a transition from dancing to acting. And today, she is one of the successful actors in the industry.

Jeanine’s net worth is estimated to be around $500k to $700k. she resides in Los Angles, California.

Jeanine Mason is the first Cuban contestant to have won the 5th season of So You Think You Can Dance and also the youngest contestant to earn the title at the age of 18.

She began learning dance at the age of 3. She started off with ballet and flamenco, and went on to study jazz, acrobatics, hip-hop, modern, and contemporary dance.

Mason co-founded the Creative Works Theatre Company where she also works as a co-artistic director.

She is a huge supporter of the Alzheimer’s Association.

In 2017, she performed in Center Theatre Group’s revival of Zoot Suit directed by playwright Luis Valdez opposite Demián Bichir.

Mason plays the lead role of Liz Ortecho, a jaded biomedical researcher and the daughter of undocumented immigrants, in The CW drama and science fiction television series, Roswell, New Mexico.