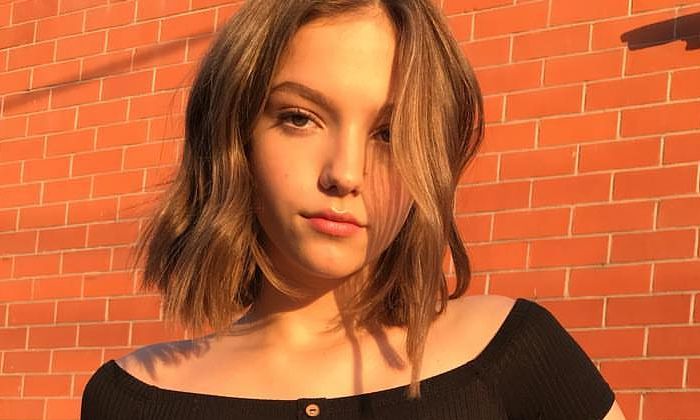 Who is Jayden Bartels?

Very often we stumble across a multi-talented pretty girl on small screen who just steals our hearts. One such person is Jayden Bartels, a gorgeous Californian-born dancer, model, actress, singer, and muser who we’ve watched build her career from the ground up over the years. She first gained fame as a competitive dancer when she appeared on reality television shows like Dance Moms and Dance-Off Juniors. Having discovered her passion for dance at a very young age, Jayden perfected her skills by taking dance lessons, participated in various competitions, and won. As an actor, she’s credited with Criminal Minds: Beyond Borders, It’s Always Sunny in Philadelphia, Walk the Prank and Coop and Cami Ask the World.

Jayden is also credited with Nickelodeon shows like Camp Nick, Side Hustle, and Group Chat: The Show. She has appeared in musicals like Little Mermaid, Newsies, Mary Poppins, Alice in Wonderland and Little Shop of Horrors. The stunning dancer is also a hit on social media, has garnered millions of followers on Instagram, YouTube, and TikTok. At just 15 years old, Jayden’s life is already a success story that’s because she’s diversified herself big-time. She’s a great inspiration to people her age and she has a lot to offer.

Jayden Bartels was born on the 1st of November 2004, in Los Angeles, California, United States of America. She is currently 15 years old.

Not much is known about Jayden’s personal matters, including her parents and siblings. She’s the youngest of three siblings in her family. Her father is Sam Bartels. Despite not knowing much about her parents, they are very supportive of her choice of career as they help her in shoots apart from the fact that her mother manages all of her social media accounts.

On YouTube, she did a series called “Dancing With My Dad,” where you can see her dad performing crazy moves with her. She has two older brothers. She’s currently studying at a private school in her hometown and attended Pine crest School in Florida for her middle school.

Jayden Bartels is an open book when it comes to her relationship status. She shares about her dating life with her fans on social media. She has been in a relationship with actor Armani Jackson since late 2018.

In 2015, Jayden landed on two episodes of the comedy TV series, Clique Wars, playing the character of Taylor.

Jayden Bartels made her feature film debut in 2018 with a minor part in the dance film, To The Beat!

Her career began when she was just nine years old and she reached the height of her dreams only after appearing in dance shows like Dance Moms and Dance-Off Juniors. Thereafter, she’s showing no signs of slowing down. She has accomplished a lot of things that she can be proud of. More than just a pretty face, she serves as an excellent role model for young women all over the world.

She is not only a dancer but is also a model, actress, singer, and social media influencer. At such a young age, Jayden is already incredibly successful. She turned her passion into a career, proving that people can make their dreams come true when they’re passionate about it and work hard.

Thanks to her various professional endeavors, Jayden Bartels is now worth around $1 million. All of her earnings come from her successful and lucrative career. There’s no doubt that her net worth will only continue to skyrocket.

Like many celebrities out there, Jayden Bartels is very active on social media. With her ever-growing popularity, Jayden has proven that all it takes to be a successful person is hard work, passion, and talent.

As a dancer, she was part of the dancing troops such as Millennium Dance Crew and The Movement Talent Agency.

She played soccer while in school and won the championship for two consecutive years.

She is an accomplished dancer and is trained in dance styles like tap, ballet, hip-hop, jazz, and contemporary.

On YouTuber, she has done a lot of covers of popular songs like Meghan Trainor’s “NO”, Laura Marano’s “Boombox” and Daya’s “Sit Still, Look Pretty”.

Jayden has collaborated with celebrity choreographers such as Matt Steffanina, Guy Amir and Kyle Hanagami at some point of her career.

She has appeared in TV commercials for brands like Pizza Hut, Toys-R-Us, El Monterey, and Tide.

Jayden appeared in singer Justin Bieber’s music video for the song “What About The Children”.