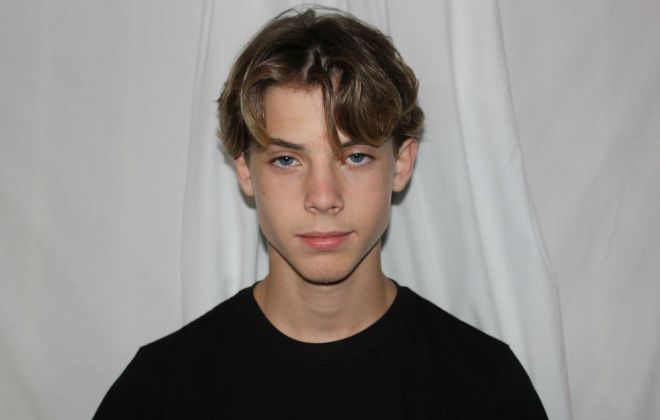 Who is Jason Waud?

Jason Waud is an American You tuber and social media personality who is immensely popular for his lip-sync videos on the short video uploading platfrom Musical.ly (now TikTok). He gained fame from his solo videos on TikTok and often collaborates with his twin brother, Joe, who is also a social media influencer. He has over 1 million followers on TikTok. He is also popular on Instagram, on which he has over 200k followers. He and his brother have a YouTube channel titled Waud Twins.

Jason Waud was born on the 14th of March 2003, in Everett, Washington, United States of America. He is currently 16 years old.

Unfortunately, there is no information about his educational background.

Jason has kept his personal life away from the media and thus there is not much information available of any relation he has had in the past or in the present.

Jason is best known for his lip-sync videos on Tik Tok and his popularity on other social media platforms.

Having a large following on social media, Jason makes a handsome amount of money by promoting brands and products on this social media accounts. He has done endorsement work for Jamba Juice and Ben & Jerry’s.

He hasn’t revealed anything about his net worth to the media. He lives in Washington, United States.

Initially, Jason was interested in sports and used to spent a lot of time scootering and playing soccer and basketball with his brother.

His twin brother, Joseph was 1 hour and 25 minutes senior to him.

Over time, he developed an interest to become a social media star and joined Instagram in 2016. He made his first post ion November 2016. He, usually, posts selfies and videos from Tik Tok.

He also uploads lifestyle pictures with his siblings to Instagram.

The twin brothers have a  YouTube channel called Waud Twins, on which they posts lifestyle videos and daily vlogs. It has over 30 thousand subscribers.

Jason has a cat named Theo.

His Instagram posts and YouTube videos often feature his unusual socks that he has bought at the Living Royal online store.