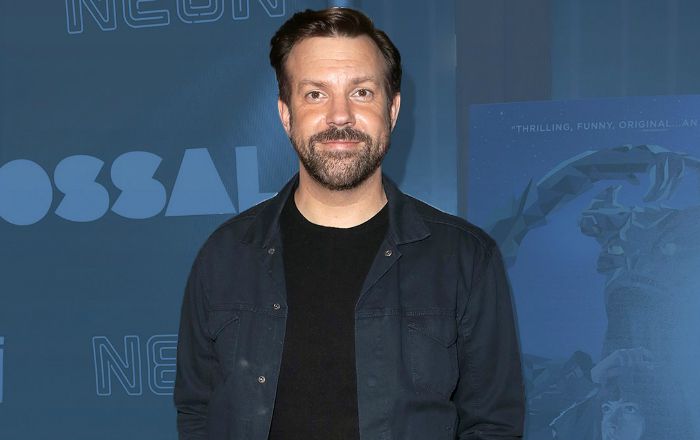 Who is Jason Sudeikis?

Jason Sudeikis is an American actor and comedian who rose to fame for being a cast member on the hit sketch show Saturday Night Live from 2003 to 2013. Beginning his career as a comedian in Kansas City, he has appeared in both television and mainstream cinema. Sudeikis is best known for his roles in TV shows like 30 Rock, The Cleveland Show, and The Last Man on Earth. His film credits include Horrible Bosses series, Colossal and The Angry Birds Movie.

Jason Sudeikis was born on the 18th of September 1975, in Fairfax, Virginia, United States of America. He’s currently 44 years old.

Jason Sudeikis is the elder son of Daniel Joseph Sudeikis, Vice president of business development and Kathryn (née Wendt), a travel agent and President of the American Society of Travel Agents. He has two younger sisters, Lindsay Sudeikis is a high school teacher and basketball coach and Kristen Sudeikis, an actress and dancer).

He is of Irish, and Lithuanian descent on his father’s side and has German and Irish ancestry on his mother’s side. Sudeikis attended many schools such as Brookridge Elementary School, Holy Cross Catholic School, Jesuit Rockhurst High School and eventually graduated from Shawnee Mission West High School. He was offered a full scholarship at Fort Scott Community College but he dropped out before graduating from college.

Jason Sudeikis was married to American screenwriter-producer Kay Cannon from 2004 until 2010.

Sudeikis started dating actress Olivia Wilde and got engaged to her in January 2013. They have a son, Otis Alexander Sudeikis (born April 20, 2014) and a daughter, Daisy Josephine Sudeikis (born October 11, 2016).

Jason Sudeikis made his onscreen debut in the 2007 film “The Ten” for his role as Tony Contiella.

From 2003 to 2013, Sudeikis worked as a sketch writer on the hit sketch show Saturday Night Live.

Sudeikis has done a variety of roles in a career that has stretched over close to two decades. He is well known for his roles in the films like We’re the Millers, Horrible Bosses 2 and The Angry Birds Movie that earned him several nominations.

He was born with anosmia, leaving him with no sense of smell.

He was a basketball player for the NBA Celebrity All-Star Game in 2011 and 2016.

He hosted the 2011 MTV Movie Awards on June 5, 2011, at the Gibson Amphitheatre in Los Angeles, California.

Sudeikis became the voice for a line of advertisements of the Applebee’s casual dining chain that began running in 2012.

He is the executive produced for comedy television series, Detroiters and has guest appeared in two episodes of the series.