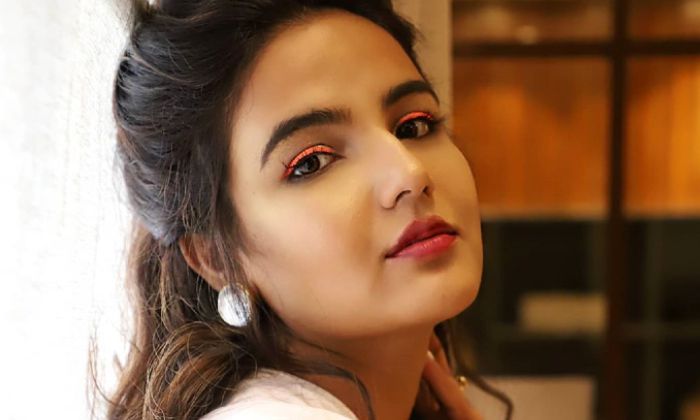 Who is Jasmin Bhasin?

Jasmin Bhasin is an Indian actress and reality television star who reached stardom for her role as Twinkle Taneja on Zee TV’s hit romantic soap opera, Tashan-e-Ishq. For her performance in the series, she won her first-ever Gold Awards for Best Debut (Female) in 2016. She’s also known for playing Teni Bhanushali on Colors TV’s Dil Se Dil Tak, Happy Mehra on Star Plus’ Dil Toh Happy Hai Ji, and Nayantara on Color TV’s Naagin: Bhagya Ka Zehreela Khel. Besides, she was also a part of several reality shows, including Fear Factor: Khatron Ke Khiladi 9 and Fear Factor: Khatron Ke Khiladi – Made in India. In 2020, Jasmin has been cast as one of the contestants on Season 14 of Salman Khan’s hit and controversial reality TV show, Bigg Boss.

When it comes to her personal life, Jasmin Bhasin hasn’t divulged too many details about her parents, education, and her early life. She was born in a family of Punjabi descent. Her father’s name is Surpal Bhasin with whom she shares a close relationship and he’s very supportive of her career.

Back in June this year, on Father’s Day, she shared a photo of her dad and mom on her Instagram, where she appreciates him for his love and support she’s felt during her whole life. She has one younger brother, whose identity hasn’t been disclosed, and they grew up in their home in Kota, Rajasthan.

Jasmin is a college graduate having earned her bachelor’s degree from hospitality college in the pink city, Jaipur.

Concerning her love life, She’s still single. Jasmin is very private when it comes to her personal life and one of her media interviews, she was seen quoting, “No one is supposed to know about my personal life because that is supposed to be kept private. When it’s the right time for me to commit to someone for life, I’ll talk about it.”

Jasmin Bhasin is often linked to her co-stars. Currently, she’s rumored to be dating fellow actor Aly Goni. They both appeared on the reality TV show Fear Factor: Khatron Ke Khiladi – Made in India in 2020 where she was the 1st runner-up, and Aly, on the other hand, was eliminated in the finals.

Despite rumors about them surfacing on the internet now and then, the duo had neither confirmed nor denied their affair, which eventually leads to fans keep on speculating if they were in a relationship or not.

Jasmin was previously in a relationship with Suraj Wadhwa. Even though she had never confirmed her relationship with him, the cozy pictures she shared on her social media with him made her fans to think otherwise.

Jasmin Bhasin had always wanted to be an actress from her young age. She starred in amateur stage shows while studying in school and even earned appreciation from the audience. She took her passion very seriously during her late teens and started giving auditions for commercials and acting roles.

Shortly after, she booked for a television commercial and followed up with a series of commercials and print ads. One such commercial caught the attention of the makers of the Tamil movie Vaanam (2011) who later offered her a minor role in the film. She played the role of Priya alongside Silambarasan, Bharath, Anushka Shetty, and Prakash Raj.

Jasmin made her small screen debut playing Twinkle Taneja in the popular soap opera Tashan-e-Ishq from 2015 to 2016, and received her first Gold Award for Best Debut (Female) in 2016.

Jasmin also starred in various TV series, including Dil Se Dil Tak (2016 – 2017), in which she played Teni Bhanushali, then in Dil Toh Happy Hai Ji (2019), playing the role of Happy Mehra, and Naagin: Bhagya Ka Zehreela Khel, the fourth season of the popular Naagin series where Jasmin starred as Nayantara.

Unfortunately, we do not know the exact figures related to her net worth and salary. However, the budding actress should be getting a handsome amount of money as remuneration for each project she was a part of. Apart from film and TV appearances, she also earns huge money from endorsement deals and advertisements.

She started off a model working in commercials and print ads.

She is an avid animal lover and has a pet female dog named, Mia.

Jasmin is very conscious about hygiene.

In 2020, she participated in the popular and controversial reality TV show, Big Boss 14, which is hosted by Salman Khan.