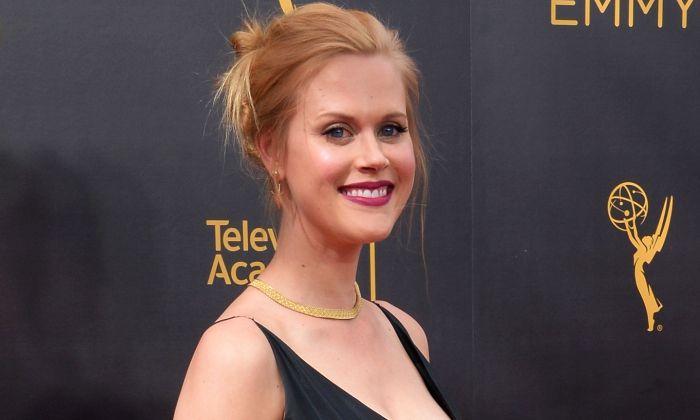 Who is Janet Varney?

Janet Varney is an American actress, comedian, and writer, probably best known to the world for her voice acting role of Korra on Nickelodeon’s critically-acclaimed animated series, The Legend of Korra. She has enjoyed pretty much success with a number of recurring roles, including the bitchy Becca Barbara on FX’s comedy-drama series, You’re the Worst, and Evie Barrett on IFC’s horror-comedy series, Stan Against Evil, starring alongside John C. McGinley.

Apart from regular roles, Janet has guested in a handful of television series, including Entourage, Burning Love, Take My Wife, My Music, The Exes, and Norm of the North. Since her first jobs in the early 2000s, she has proved what one can do if they set their sights on a goal and refuse to give up. Besides all this, the multifaceted Janet has her own podcast, The JV Club with Janet Varney, the most popular Nerdist podcast that airs on the Max Fun network. The talented Arizona native has contributed to many festivals including the one that she co-founded and produced, SF Sketchfest: the San Francisco Comedy Festival, one of the popular comedy festivals in North America.

Janet Varney was born on the 16th of February 1976, in Tucson, Arizona, United States of America. She is currently 44 years old.

Talking about Janet’s personal life, very little is known at the moment. She hasn’t revealed anything about her family, including whether she has any siblings or not and her childhood.

Having grown up in Tucson, Arizona, Janet Varney attended Rincon High School and graduated as a salutatorian in 1993. She then enrolled at the San Francisco State University to study theater, and in 1997, she graduated from college with a Bachelor of Arts.

There’s not a lot to share regarding the personal matters of Janet except that she was in a relationship with comedian Chris Hardwick from 2004 to 2011.

After graduating from college in 1997, Janet Varney briefly worked as an interior designer, and later, moved to Los Angeles to pursue an acting career. In the early 2000s, she started off with guest roles in movies like Stuck and Catwoman and later appeared in Norm Macdonald’s sketch show Back to Norm in 2005.

She co-hosted The Hollywood Show with Brian Unger. Janet got her big break in 2005 when she was announced as a replacement of Lisa Kushell on TBS cooking and entertainment show Dinner and a Movie. She spent the next six years hosting the show with Paul Gilmartin and Claud Mann unless it was cancelled in 2011.

Another project that her fans loved was her appearance on Nickelodeon’s critically-acclaimed standout hit The Legend of Korra. She voiced Korra, the lead character in the series, a role that would change the course of her career.

Janet then appeared in a string of series that propelled her fame and popularity – Carly on Burning Love, Becca Barbara on FX’s You’re the Worst, Evie Barrett on IFC’s Stan Against Evil, IFC’s Fortune Rookie, which she created, co-wrote, and starred in.

Her own podcast on the Max Fun network, The JV Club with Janet Varney, has been going since 2012 and features almost 400 interviews with celebrities about their awkward teenage years.

Janet Varney has already achieved a tremendous amount of success that many can only dream of. Her numerous achievements in the entertainment industry prove how talented she is and how dedicated she is to her craft. Through all her works, she has been able to accumulate a total net worth of $1 million as of 2020.

In addition to her successful acting career, she is co-founder/creative director/producer of one of the largest and most acclaimed comedy festivals in North America, SF Sketchfest: the San Francisco Comedy Festival.

As a result of her successful personal and professional life, she is an inspiration to many young women. Her various career choices have shown how diverse her skills are and how much passion she as for life. Janet is likely to keep having a thriving career as she continues to share her talents with the world.