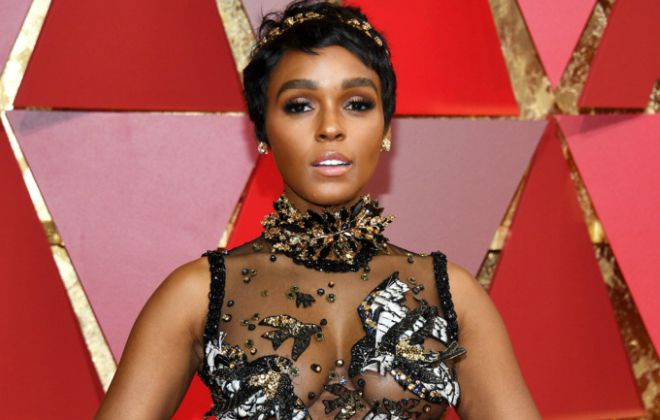 Who is Janelle Monáe?

Janelle Monáe is a famous American singer, rapper and actress best known for her studio albums “The ArchAndroid”, “The Electric Lady” and “Dirty Computer”. She first became known to the outside world with the release of her EP titled “Metropolis: Suite I (The Chase)”, which peaked at number 115 on the Billboard 200 in the United States. As an actress, she received critical acclaim for portraying Mary Jackson in the movie Hidden Figures. So far, she has received six Grammy Award nominations and several other prestigious awards and honors.

Janelle Monáe is the daughter of Janet, a janitor, and Michael Robinson Summers, a truck driver.

Monae attended the F. L. Schlagle High School in Kansas City. She moved to New York City where she received a scholarship to study drama at the American Musical and Dramatic Academy, however, she quit the studies midway citing her creativity was stifled at the institute. She also attended a performing arts camp called Freedom Theatre, the oldest African-American theatre in Philadelphia, Pennsylvania

Janelle Monae is rumored to be dating fellow musician and actress Tessa Thompson. But, neither of them have confirmed nor denied their relationship affair.

She was romantically linked to British F1 racer Lewis Hamilton in the past.

Janelle Monae released her first studio album titled “The ArchAndroid” on May 18, 2010, which charted at #17 on the US Billboard 200. It also managed to reach the top charts in many countries.

Her first appearance in the Billboard Hot 100 chart was “We Are Young” by fun., in which she was featured as a.guest vocalist.

Janelle landed her first acting job as a voice actress in the 2014 3D animated film “Rio 2” in which she voiced the character Dr. Monae.

Her first acting role was as Teresa in the movie “Moonlight” in 2016.

In 2009, she appeared as herself in the Canadian-American military science fiction television series, “Stargate Universe”, in which she performed “Many Moons”  in an episode titled “Earth”.

Her albums  “The ArchAndroid”, “The Electric Lady” and “Dirty Computer”.

Her portrayal in the movie  Hidden Figures, alongside actresses Taraji P. Henson and Octavia Spencer, which was released in December 2016.

Janelle has appeared in a number of TV commercials for brands such as Pepsi, CoverGirl, Sonos Wireless HiFi home audio system, Target, Gap, and Sonos.

She had a very difficult upbringing due to the poor financial condition of her family.

Her inclination towards music began as a child when she was inspired by the fictional character from the musical ‘The Wizard of Oz’. She started singing and songwriting at a very young age. She was part of the choir in the local Baptist church.

She was a member of Kansas City’s Coterie Theater Young Playwrights’ Round Table when she was young.

In 2001, she moved to Atlanta, Georgia where she met OutKast’s Big Boi, and then founded the Wondaland Arts Society with some like-minded young artists.

Janelle got her first break in 2006 when she performed with ‘OutKast’ in their album titled ‘Idlewild’ where she appeared in the numbers ‘Call the Law’ and ‘In Your Dreams’.

In 2010, Monáe received the Vanguard Award from the American Society of Composers, Authors and Publishers at the Rhythm & Soul Music Awards.

She was featured in the “Style 100” of InStyle magazine.

She supports the LGBTQ community.

She received the “Breakthrough Award” at the 10th annual Essence Black Women In Hollywood event in  February 2017.

Janelle launched her own range of clothing products under the label of Electro Phi Beta Sorority.

Her movies Moonlight and Hidden Figures were nominated for the Academy Award for Best Picture.

She has been influenced by the music of Michael Jackson, James Brown and Stevie Wonder.