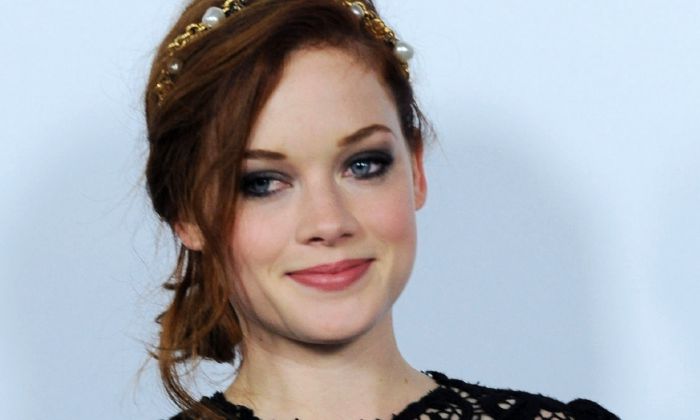 Who is Jane Levy?

Jane Levy is an American actress who caught the spotlight for her portrayal of Tessa Altman on Suburgatory. She gained more popularity for her roles in movies such as Evil Dead, Don’t Breathe and The Pretenders and TV series There’s… Johnny!, Castle Rock and What/If. In 2020, she began playing the lead role of Zoey Clarke on NBC’s musical dramedy Zoey’s Extraordinary Playlist.

Jane Levy was born on the 29th of December 1989, in Los Angeles, California, United States of America. She is currently 30 years old.

Jane Levy is the only daughter of Mary Tilbury, an artist and florist, and Lester Levy, a mediator. She’s got Jewish roots from her father’s side and has English, Scottish, and Irish ancestry from her mother’s end.

She had spent most of her early life in the city of San Anselmo where the family relocated to from Los Angeles when she was a toddler.

Levy was educated at Sir Francis Drake High School in San Anselmo, California, where she was on the hip hop dancing team and was captain of the soccer team.

After graduating from highs school, she went to Goucher College in Baltimore, Maryland for a semester, and later transferred to the renowned Stella Adler Studio of Acting in New York City where she graduated from the Conservatory.

Jane Levy married actor Jaime Freitas on March 3, 2011. Their marriage life began to crumble soon after and they eventually separated on October 31, 2011. Two years later, she filed for divorce in April 2013 citing irreconcilable differences, which was finalized later that year.

Jane Levy had always wanted to be an actress from her young age. Growing up, she performed in local theater productions of Oklahoma! and The Wizard of Oz. Shortly after graduating from the acting school, Levy moved to Los Angeles to pursue a career in acting.

Not long after that, she secured a guest role on the hit HBO series Shameless, starring as Mandy Milkovich/Jesse before. That same year, she landed her first major role in the hit NBC comedy series Suburgatory, costarring with Cheryl Hines and Jeremy Sisto. Her portrayal of Tessa Altman brought in her a lot of fame and recognition, earning her a spot on TV Guide and TheInsider.com’s list of 2011’s breakout stars.

Levy’s big-screen debut came in 2012 in the film Nobody Walks in which she was cast as Caroline. Subsequently, she began to get major roles in both TV series and films, including Evil Dead, Don’t Breathe, Office Uprising, The Pretenders, There’s… Johnny!, Castle Rock, What/If, and Zoey’s Extraordinary Playlist.

All of Jane’s acting accomplishments have helped her to gain a net worth of $3 million dollars. Her net worth will likely continue to increase as long as her professional endeavors thrives.

In 2011, Jane was named one of AOL’s top eleven list of funniest women.

She replaced Lily Collins in the movie Evil Dead (2013).