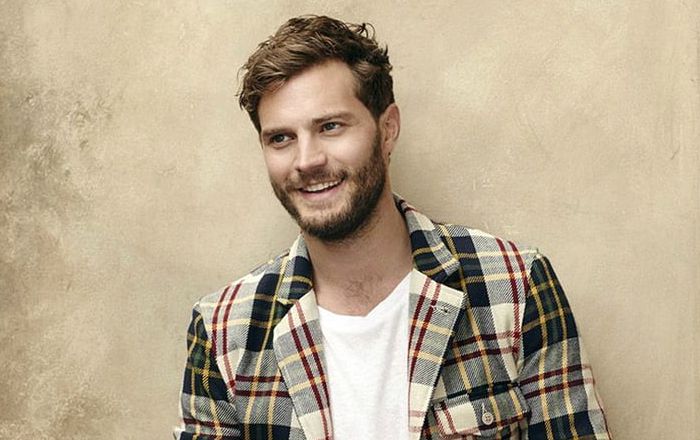 Who is Jamie Dornan?

Jamie Dornan is an Irish actor who became recognized for his roles as Sheriff Graham Humbert in the ABC series ‘Once Upon a Time’, and as Paul Spector in the BBC series ‘The Fall’. He played Axel von Fersen in Sofia Coppola’s Marie Antoinette. He also starred as Christian Grey in the Fifty Shades film series.

Jamie Dornan was born on the 1st of May 1982, in Holywood, County Down, Northern Ireland, United Kingdom. He’s currently 38 years old.

Jamie graduated from Methodist College Belfast, where he played rugby and participated in the drama department. He later attended Teesside University but dropped out to pursue a career in acting.

Jamie Dornan married English actress and singer-songwriter Amelia Warner on April 13, 2013. They have three daughters, Dulcie Dornan, born on 21 November 2013, and Elva Dornan, born on 16 February 2016. Their third daughter was born in the UK in February 2019.

Prior to his marriage with Warner, Dornan was in a relationship with actress Keira Knightley from 2003 to 2005. He also dated actress Kate Moss for over a year in 2006.

Dornan made his first appearance in television as The Huntsman / Sheriff Graham Humbert in a drama television series, ‘Once Upon a Time’ from 2011 to 2013.

Jamie Dornan has a net worth of $14 million dollars, as of 2020. He splits his time between London, England and Hollywood Hills, US.

Dornan is largely active on social media. He has 1.2 million people following him on his Instagram account while his Facebook page has garnered over 1 million followers.

His mother, Lona, died from pancreatic cancer when he was 16 years old.

He is a huge fan of Manchester United.

Jamie plunged into modeling in 2001 and subsequently signed with Select Model Management. He did ad campaigns for Dior Homme and Calvin Klein, among others.

He loves reading and golfing.

He suffers from asthma.

In 2018, Dornan starred alongside Peter Dinklage in the HBO television film My Dinner with Herv.