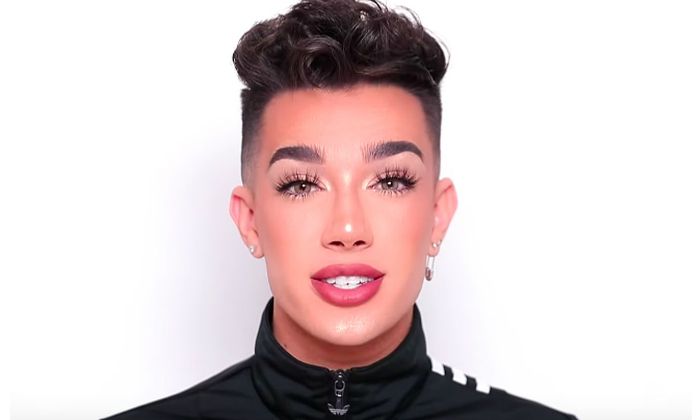 Who is James Charles?

James Charles is an American YouTuber, make-up artist, and social media influencer who has been in the media limelight ever since he became the first-ever male CoverGirl spokesman in 2016. Also a beauty vlogger, James has over 16 million subscribers on his self-titled YouTube channel where he creates videos about beauty and make-up. The success of the channel has led to his popularity on other social media sites. Being an internet celebrity, James has amassed over 16 million followers on Instagram and not to mention his popularity on Twitter and Facebook. He is openly gay and always found himself in controversies involving in issues that range from racism to transphobia. Charles was a member of the Sister Squad alongside the Dolan twins and Emma Chamberlain.

James Charles was born on the 23rd of May 1999, in Albany County, New York, United States of America. He is currently 20 years old.

Speaking about his personal life very limited information regarding his parents and his childhood is available to the media. His mother name is Christie Dickinson, whose IG has over 160k followers. Details about his contractor father are unknown, however, you can spot him hanging out with his family on Christie’s Instagram.

James has a younger brother named Ian Jeffrey, who is also a social media star. He attended and graduated from Bethlehem Central High School in June 2017.

At age 12, James came out as a gay while he was still in middle school and his parents are very supportive of his sexual orientation. They never interfere in his private life. However, he keeps his private life at bay.

In January 2017, he started going out with fellow social media star, Aaron Fuller after the two reportedly exchanged their interests through DM’s on Instagram. Perhaps, their relationship ended bitterly, not in a good way, after Tana Mongeau, another social media star accused Aaron of using James Charles for fame.

In November 2016, James guest appeared on the popular talk show, Ellen: The Ellen DeGeneres Show, where he shared his experience of becoming the first male CoverGirl ambassador.

James Charles is a popular icon in pop culture with over 16 million followers on Instagram as well as has about 16 million people subscribed to his YouTube channel.

Being the first-ever male CoverGirl spokesperson.

Just like his popularity on the internet, James has a fair share of scandals and controversies. In February 2017, Charles came under fire when his intensively racist joke about Africa and Ebola went wrong. Though he immediately deleted the tweet and apologized after realizing the seriousness of the issue, it has already done enough damage.

He said, “I am extremely sorry for what I said. There are no excuses. No one owes me forgiveness, but I’ve learned a lot from the experience. I hope that the people who might look up to me will be able to learn from my mistakes and not repeat them.”

In March of that year, he caught himself in the middle of another controversy when fellow YouTuber Thomas Halbert accused that he faked the very incident that made him famous in the first place. He shared screenshots of his conversation with Charles as proof. Halbert, however, did issue an apology stating that the pictures were out of context and that James had retouched and re-taken them.

In May 2019, fellow YouTuber Tati Westbrook accused Charles of “manipulating people’s sexuality” and “using… fame, power, and money to play with people’s emotions” through a video that she posted on YouTube. He lost around 3 million subscribers in less than a week and that helped Tati to gain over four million subscribers.

The saga sparked analysis relating to internet cancel culture, the alleged toxicity of YouTube’s beauty community, stereotypes of gay men being predatory and profits made from online ‘drama’.

His parents are very supportive of his career. In fact, his father altered their basement into a make-up studio for his use.

He joined both YouTube and Instagram in 2015 and was quick enough to gain fame on both the platforms, thanks to his artistic make-up videos and pictures.

On September 5, 2016, Charles shared prom pictures with his own ring light that in turn made him famous overnight.

Charles was awarded the best channel in Beauty Category at the 8th Streamy Awards in 2018.

In March 2019, Charles did the makeup for Iggy Azalea‘s music video shoot for “Sally Walker”.

In May 2019, he lost over 1 million subscribers in the wake of the controversy, making him the first-ever YouTuber in history to do so.