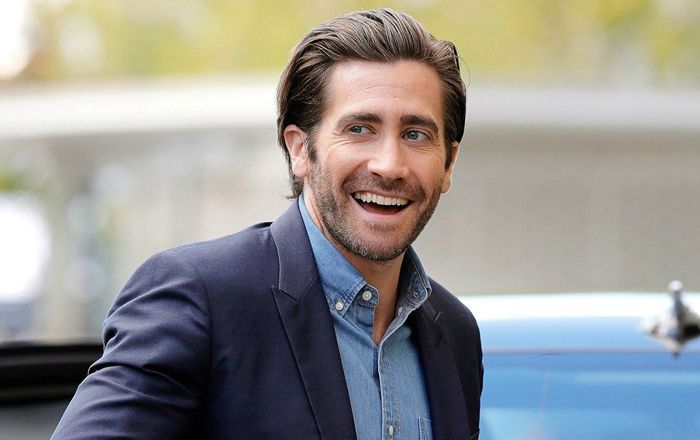 Who is Jake Gyllenhaal?

Jake Gyllenhaal is an American actor who won the BAFTA Award for Best Actor in a Supporting Role for his role as Jack Twist in Ang Lee’s Brokeback Mountain. His performance in the film earned him critical acclaim and an Academy Award nomination. He received rave reviews from critics and nominations for several prestigious awards for his role in Nightcrawler. He is also known for his roles in films like Zodiac, Prince of Persia: The Sands of Time, Love & Other Drugs, End of Watch, Prisoners, and Enemy, and Nocturnal Animals.

Jake is the son of Naomi Foner (née Achs), a film producer and screenwriter and Stephen Gyllenhaal, a film director. His older sister, Maggie Gyllenhaal, is also an actress and they starred in the film Donnie Darko together.

His ancestry is English, Swedish, Swiss-German, Jewish, German, and distant Welsh and French.

Jake attended Harvard-Westlake School in Los Angeles, graduation in 1998. He then enrolled at Columbia University to study Eastern religions and philosophy but dropped out after two years to pursue his acting career.

Jake made his onscreen debut with the 1991 western comedy film City Slickers as Daniel Robbins.

His film credits include Zodiac, Prince of Persia: The Sands of Time, Love & Other Drugs, End of Watch, Prisoners, and Enemy, Nocturnal Animals, Everest, Stronger, among others.

Jake was cast as Matthew “Matt” Ellison in NBC’s police procedural TV series Homicide: Life on the Street in 1994. The role marks his debut appearance in television space.

Jake Gyllenhaal has a total net worth of $65 million dollars. He has a lot of impressive exotic cars in his auto collection including Audi Q7. He owns a $3.5 million lavish mansion in Los Angeles that is equipped with all luxury amenities.

He is the member of the popular Gyllenhaal family, Jake began acting when he was very young. As a child, he was cast in City Slickers (1991), followed by roles in A Dangerous Woman (1993) and Homegrown.

He worked as a lifeguard and as a busboy at a restaurant before attaining fame.

He is close friends with Natalie Portman and Bryce Dallas Howard.

Jake was supposed to play Spider-Man in Spider-Man 2 (2004) after Tobey Maguire injured his back while filming the movie Seabiscuit. However, when Jake was all set for the role, Tobey recovered to reprise his role as Spider-Man.

In 2006, Jake was named among People magazine’s “50 Most Beautiful People” as well as included in People’s “Hottest Bachelors of 2006.”

He was ranked at No.2 on the Gay Wired Magazine poll of male actors who have played gay characters in movies.

In April 2012, Shalom Life ranked him Number 6 on its list of “the 50 most talented, intelligent, funny, and gorgeous Jewish men in the world”.

He and sister Maggie Gyllenhaal are the first siblings to be Oscar-nominated for acting in the 21st century.

In 2019, Jake played villain Mysterio in the sequel to Spider-Man: Homecoming.

He appeared in the Broadway production of Sea Wall / A Life as Abe that opened at the Hudson Theatre on August 8, 2019.