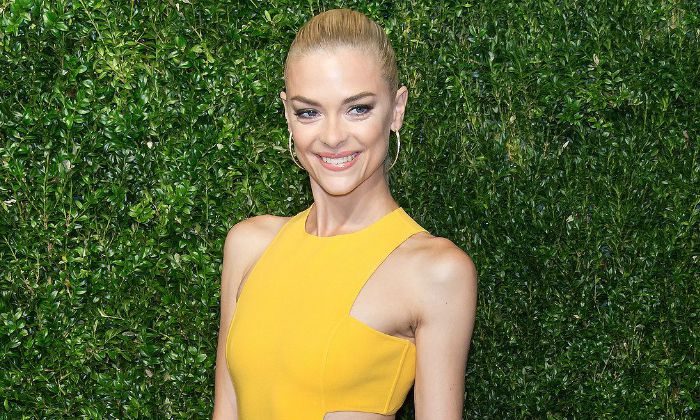 Who is Jaime King?

Jaime King caught the spotlight as a teen model at the age of 14 and ruled the modeling industry for over a decade. During her successful modeling career, King appeared on the cover of several high-profile fashion magazines like Vogue, Mademoiselle and Harper’s Bazaar and made it to the runway for top fashion houses like Alexander McQueen, Chanel, and Christian Dior. She transitioned to mainstream cinema with a breakthrough role in Pearl Harbor followed by her flawless on-screen performances in movies such as Bulletproof Monk, Sin City and My Bloody Valentine 3D. The model-turned-actress starred as Lemon Breeland in the television series Hart of Dixie from 2011 to 2015.

Jaime King was born on the 23rd of April 1979, in Omaha, Nebraska, United States of America. She is currently 39 years old.

Jaime is the daughter of Nancy King, a former beauty queen and Robert King. She has three siblings; an older sister Sandi, a younger sister Barry and a younger brother Robert (Robbie).

Jamie King married American film director, Kyle Newman on November 23, 2007, in Los Angeles at Greystone Park and Manor. The couple dated for over two years after meeting each other in January 2005 on the sets of Fanboys, which was also directed by Kyle. She gave birth to their first child, a son named James Knight Newman, on October 6, 2013. They welcomed their second child, a son, Leo Thames Newman, on July 16, 2015.

King was in a relationship with an Italian fashion photographer, Davide Sorrenti, from 1996 to 1997. Her boyfriend, who was then 20 years old, died due to kidney failure from excessive heroin use. She also had an addiction to heroin and went to rehabilitation at 19 for her addiction.

Jamie king made her first catwalk appearance in Ready to Wear – Spring / Summer 1995 fashion show where she walked for Gucci.

King landed her film role in the comedy film “Happy Campers” in which she played the role of Pixel in 2001. She was credited as James King in the film.

She made her television debut with a guest starring role in Fox’s teen drama The O.C. She played the role of Mary-Sue in an episode titled “The Return of the Nana” of the series.

Jamie King has an estimated net worth of $8 million.

Her parents named her after Jaime Sommers, the main character on the 1970s TV show Bionic Woman.

Jamie entered into modeling at the age of 14 when she was discovered by a talent agent Michael Flutie at her graduation fashion show.

At age 16, she was among the industry top models and appeared on the covers of elite fashion magazines such as Vogue, Mademoiselle, Allure, Seventeen, Glamour and Harper’s Bazaar.

Jamie has got many tattoos including a diamond on one wrist, a spade on the other, two fairies on her lower back, her last name between her shoulders and a symbol on her abdomen.

Jamie is close friends with singer Lana Del Rey and Taylor Swift, who is the godmother of her son Leo.

King has starred in several music videos including Lana Del Rey’s music video, “Summertime Sadness”, which was directed by her husband, Kyle Newman.