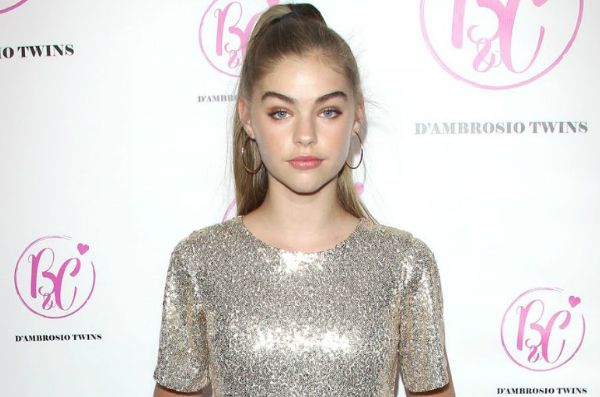 Who is Jade Weber?

Jade Weber is an American model and actress who ventured into modeling and found success at a very young age. She is best known for her work as an actress in  Color My Dreams (2016), Moment (2016) and Runaway (2017). She was featured in major campaigns for H&M, Forever 21, Hudson, Ralph Lauren Chaps, Abercrombie, and many others.

Talking about her family, very little is known at the moment. Her mother name is Delphine Weber. She has two older brothers, Matthieu and Thibault Weber. Jade is still a high school student.

Jade is too young to get involved in a relationship and she hasn’t spoken much about her personal life either while interacting with media or with her fans on social media.

Jade Weber made her screen debut in 2019 playing Zoe in the drama film, ‘Tiger Within’.

Having immense fan following on different social media platforms like Instagram, on which she has more than 550K followers.

Her appearance in music videos like the Hayden Summerall’s cover of Can’t Feel My Face by The Weeknd (2015), MattyB‘s single Moment (2016), and Spirix feat. Xuitcasecity single Runaway

Unfortunately, we do not know her exact net worth at this time.

Jade Weber stared to learn dance at a very early age. She is trained in ballet, jazz, contemporary, and hip-hop style of dancing.

She was discovered by a photographer at the age of nine who suggested her to do modeling.

Not long after her foray into modeling, Jade became a prominent model in the fashion industry and today, she’s one of the most sought-after models in the business.

In 2017, she was nominated by a social media TV channel as one of the ten most beautiful kids in the world.

She is fluent in French, English, and some Mandarin.

She has appeared in many magazines including Vogue, AFM, Bambini, Bella, and Poster Child Mag, to name a few.