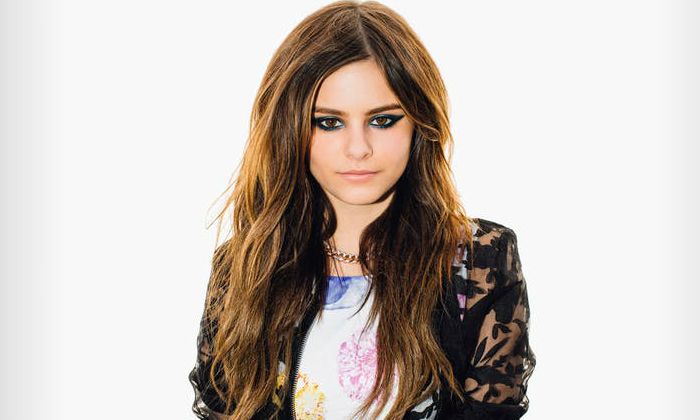 Who is Jacquie Lee?

Jacquie Lee is an American singer who came into the limelight after appearing on the season 5 of NBC reality competition series The Voice. She was mentored by the Grammy award winning singer Christina Aguilera on the show. She ha since dropped a number of songs such as Tears Fall, I Won’t Break, Am I the Only One, and Somebody’s Angel. Lee is currently to Atlantic Records.

Jacquie Lee was born on the 25th of June 1997, in Colts Neck, New Jersey, United States of America. She is currently 22 years old.

Jacquie Lee was born second of the three children to parents Denise and Richard Lee. She has two siblings, an older sister named Nicole and a younger brother named Richie.

On the educational front, Lee graduated from the Ranney School in Tinton Falls, New Jersey.

Concerning about her love life, Jacquie Lee prefers to keep everything in terms of her romantic connections away from the spotlight. Also, there are not rumors linking her with anyone available on the web. Thus there’s not much-known information of any relationship she had in the past or present.

Jacquie Lee dropped her debut EP entitled “Broken Ones” on October 21, 2014, via Lyor Cohen’s Label, 300 Entertainment, in partnership with Atlantic Records. The album features five tracks and peaked at number one on the US Top Current Albums and the US Top Heatseekers Albums charts.

In 2013, Jacquie appeared as a Contestant on The Voice and placed 2nd spot behind Tessanne Chin.

She is quite perhaps known for her appearance on The Voice in 2013.

Lee started singing at a very young age. She portrayed the titular character in a 5th grade production of Mulan.

She was just 16 years old when she competed on The Voice in 2013. She performed Amy Winehouse’s single “Back To Black” in the blind auditions and she preferred to join the Team Christina Aguilera over Blake Shelton

Jacquie released her debut single Broken Ones, a lead single from her debut EP, in 2014. That same year, she performed the song on season 6 of The Voice.

In 2016, Lee was featured on Cash Cash’s single, Aftershock.

Lee served as a series producer on the CBC Music First Play Live, a Canadian music reality TV show in 2018.