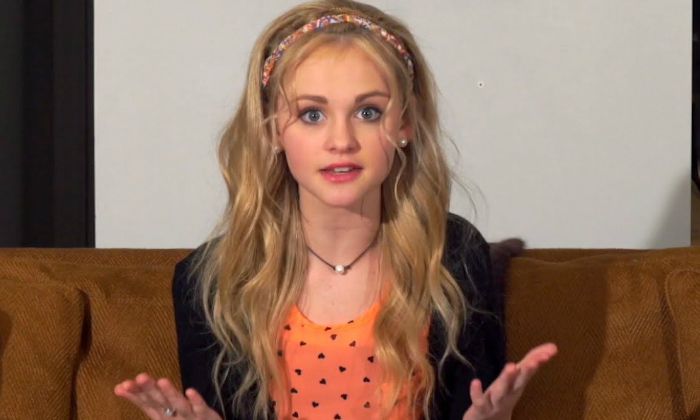 Who is Ivey Meeks?

Ivey Meeks is a popular teen YouTuber from Georgia, Atlanta. She gained immense popularity for her cover of Taylor Swift’s “Blank Space” which she performed alongside MattyBRaps has garnered over 108 million views. Ivey later made transition to television by appearing in commercials. She has featured in several modeling campaigns.and runs her own YouTube channel to which she posts covers of popular songs.

Ivey Meeks was born on the 3rd of April 2002, in Georgia, Atlanta, United States of America. She is currently 18 years old.

Ivey Meeks is kind of a person who rarely opens about her personal life and thus there are no specifics about her parents name or her educational qualifications. The only info that we know about her is that she has a younger sister and attends a local school for her high school education.

The younger YouTuber is reluctant to discuss about her relationship status to the media. She never revealed that she has a boyfriend or involved in a relationship with anyone else, but internet community has often linked her with her friend and co-star MattB, with whom she has done a lot of videos on Funniflix.

Ivey Meeks landed her first television appearance by guest starring on “Drop Dead Diva” in 2012, alongside Maddie Ziegler, in one of the episodes of the Lifetime series.

Meeks is widely recognized for her cover of Taylor Swift’s song “Blank Space”, which she performed with MattyBraps.

She has a massive fan base on social media, especially YouTube, where she uploads covers of popular songs.

Ivey got her start in the entertainment industry as a child model staring in commercials, including “Rooms to Go Kids” commercial.

She is a huge fan of Justine Bieber and his songs.

She ventured into showbiz at the age of 8 with credits to national TV commercials.

She is a member of the Funniflix YouTube channel and has featured in many of their videos alongside MattyB, the Haschak sisters, Sarah Grace, Justin Bradford, and Liv Shumbers.