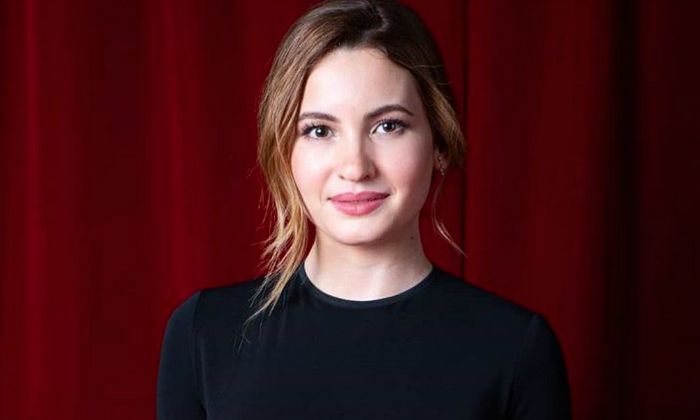 Who is Ivana Baquero?

Ivana Baquero is a Spanish actress who is probably known for her award-winning role as Ofelia in the horror fantasy film Pan’s Labyrinth. As an 11-year-old girl, she wowed the audience with her stellar performance, which earned her the Goya Award for Best New Actress. She played Eretria in the fantasy drama television series The Shannara Chronicles from 2016 to 2017. Her other acting credits include The New Daughter, Another Me and The Misfits Club.

Ivana Baquero was born on the 11th of June 1994, in Barcelona, Catalonia, Spain. She is currently 26 years old.

Ivana Baquero is the daughter of Julia Macías and Ivan Baquero. There are details about her siblings.

She attended and graduated from The American School of Barcelona, located in Esplugues de Llobregat, Catalonia in 2012. There is a mention that she enrolled in a university to study law but there are no further details like the college name and the year of her graduation.

Talking about her romantic life, the gorgeous blonde has never been linked to anyone, including her co-stars, in her fruitful acting career spanning more than 15 years. Well, she might be possibly single or could have kept her romantic affairs hidden off the public eyes.

Ivana got her start as an actress at an early age of eight, playing the supporting role of Ana in the horror movie, Romasanta in 2004.

Ivana’s first television gig came in 2005 when she was cast in a profusely made television film called Maria i Assou, in which she played the character of Nicole.

She got her major breakthrough in 2006 when she was cast in Guillermo Del Toro’s critically acclaimed fantasy thriller Pan’s Labyrinth. She played the role of Ofelia/Princess Moanna, a character that was originally designated for an eight-year-old girl, but Guillermo was very much impressed with her audition and cast her in that role. He went on an extra mile to slightly alter the script to accommodate her as she was 11 years old at that time.

The beautiful Spanish actress has a net worth of $500 thousand dollars, as of 2020.

Being a prolific actress, Ivana is aware of the necessity of having a strong presence on social media platforms. She s very active on different social media pages, especially Instagram, where she posts pictures and videos of her day-to-day life and from shooting spots. She has over 300k followers on Instagram. In addition, Ivana has quite a decent amount of fans on Twitter and Facebook.

She is very fluent in English, Spanish and Catalan.

She was picked from 1000 actresses who gave auditions for the role of Ofelia in Pan’s Labyrinth.

People en Español magazine named Ivana as one of their “50 Most Beautiful” in 2007.

In June 2009, Ivana was ranked at #40 on theMovie-Fanatic.com’s Top 50 Hottest Young Actresses.

At age 12, Ivana became the youngest Spanish actress to win a Goya Award for her performance in Pan’s Labyrinth (2006).

In 2009, she grabbed her first American role as Louisa James in the horror film, The New Daughter, where she starred opposite Kevin Costner.

Ivana Baquero was cast in the television adaption of New Zealand MTV’s television series The Shannara Chronicles, based on Terry Brook’s bestselling novel The Elfstones of Shannara in 2015.

In 2019, she began playing Eva Villanueva in the Spanish mystery series Alta Mar.