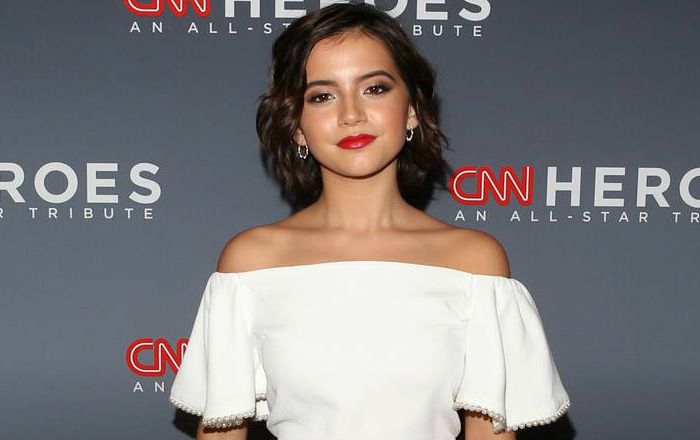 Who is Isabela Moner?

Isabela Moner is a famous young American actress and singer who gained fame for playing the lead role of CJ Martin on the Nickelodeon television series 100 Things to Do Before High School. She is also known for her roles as Izabella in the 2017 film Transformers: The Last Knight and Isabela Reyes in the 2018 film Sicario: Day of the Soldado.

Isabela Mone was born on the 10 of July 2001, in Cleveland, Ohio, United States of America. She’s currently 18 years old.

Isabela Moner is the daughter of Katherine and Patrick Moner. Her father is from Louisiana while her mother was born in Lima, Peru. She has two siblings, an older brother, Jared Moner, who is an athlete and a younger brother, Gyovanni Moner, who is a musician.

As far as education is concerned, she completed her school studies through homeschooling. She was accepted into college at age 15.

Isabela Moner was in a relationship with actor Jace Norman in 2016 which didn’t last long.

Isabela Moner made her onscreen debut in 2013 with the American drama film The House That Jack Built for her role as young Nadia.

In 2014, Isabela made her first television appearance on the NBC sitcom Growing Up Fisher as Jenny.

Her appearance on the Nickelodeon television series 100 Things to Do Before High School and in the 2017 film Transformers: The Last Knight.

Isabela Moner has an estimated net worth of $1 million dollars.

She began acting at the age of seven.

Moner made her Broadway debut at the age of 10 in a production of Evita.

In addition to English, she is proficient in Spanish, which is her first language.

She voiced Heather in the animated film The Nut Job 2: Nutty by Nature.

She also voiced Kate in the American educational television series Dora and Friends: Into the City!

In May 2018 Moner was cast in the live-action adaptation of Dora The Explorer in which she will portray a teenage version of the character.

She has a celebrity crush on Cameron Boyce.

Isabela knows to play the ukulele.