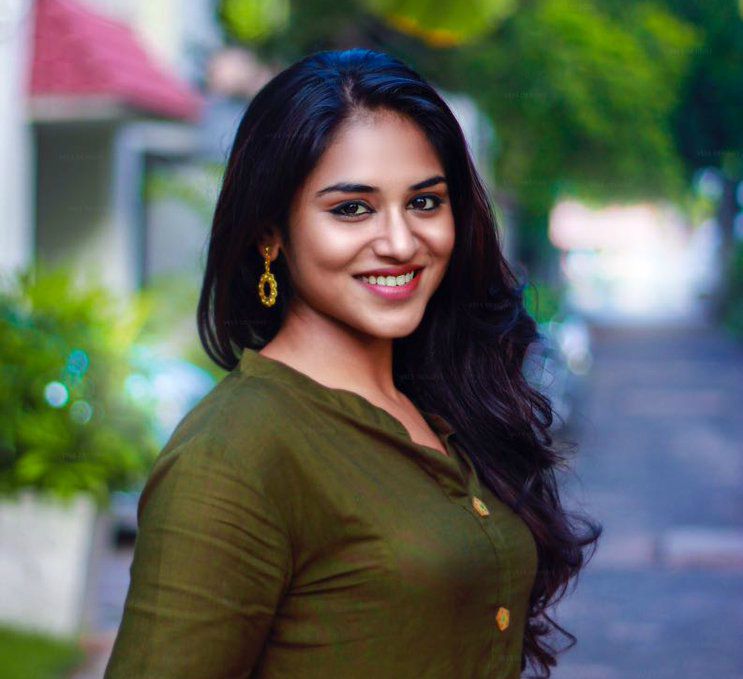 Indhuja Ravichandran is an Indian actress who first shot to prominence for her role as Sudarvizhi in the Tamil film Meyaadha Maan. She became an overnight sensation, thanks to her next-door girl charm, cute expressions, and attractive onscreen persona. Her notable film credits include Billa Pandi, Boomerang, Magamuni, Bigil, Khaki, Netrikann, and Mookuthi Amman. Besides all, the dusky beauty has appeared in short films and TV commercials before making it to films.

Very little is known when it comes to her personal life including her family, siblings, and childhood. Her father’s name is Ravichandran.

Indhuja completed her primary education in her hometown and then attended SRV School in Rasipuram, Namakkal, Tamil Nadu for high school education.

After graduating from high school, she enrolled at the Vellore Institute of Technology where she studied M.Sc Software Engineering (5 Years Integrated Course) but dropped out in her third year in pursuit of her acting career.

Now, this is the topic that most of you are probably looking forward to. Well, we are sorry to say that there is not a lot we have to share regarding the personal affairs of Indhuja. She has tried to keep things away from the media to the best of her abilities.

Indhuja made her acting debut with a supporting role playing Vaibhav’s sister in the Tamil film Meyaadha Maan alongside Priya Bhavani Shankar in 2017.

Her first film as a lead actress was Mercury, directed by Karthik Subbaraj, which was released on December 2017.

Her portrayal of Sudarvizhi in Meyaadha Maan was one of her best performances that gained her immense popularity and fame.

Indhuja’s net worth is currently unavailable. Being a newbie in the entertainment industry, she has signed in a lot of movies and her net worth would climb up in the coming years.

During her school days, Indhuja was an outstanding student where she used to participate in all cultural events.

She has appeared in a number of commercials and short films before making a leap to mainstream cinema.

She currently lives in Chennai.

In an interview, Indhuja said that she isn’t shy doing glamour roles unless it is required by the script and character but has no plans of doing it anytime soon.

In 2017, she was awarded the Ananda Vikatan Cinema Award for Best Supporting Actress for her performance in the Tamil film ‘Meyaadha Maan’.

Indhuja was cast as Shruthi in the critically acclaimed short film titled ‘Aandavar’ in 2018.

She made her web series debut with Thiravam in 2019.