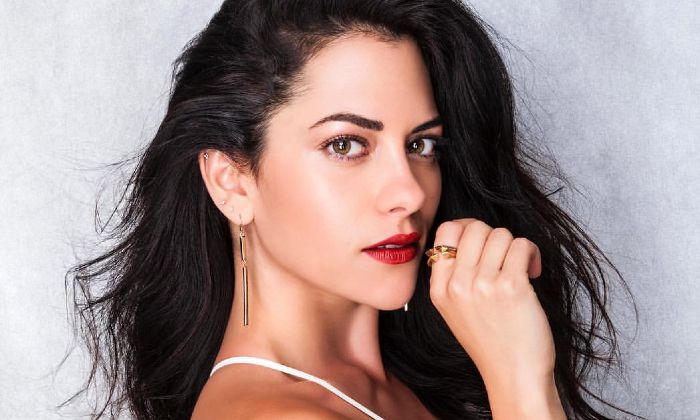 Who is Inbar Lavi?

Israeli actress, Inbar Lavi, who is probably best known for her starring roles as Raviva on the MTV series Underemployed, Sheba on the Fox series Prison Break and Maddie on the Bravo television series Imposters. In 2019, she gave life to the character named Eve on the Netflix series Lucifer. Her film credits include For the Love of Money, House of Dust, The Last Witch Hunter and Sorry for Your Loss.

While not much is known about Lavi’s family and early life, she’s got Moroccan Jewish roots on her mother’s side and has Ashkenazi Jewish ancestry on her father’s side.

Though Inbar was born in Israel, she ended up moving to the United States at the age of 17 years old to pursue a career in acting. There she enrolled in acting classes at the Lee Strasberg Theatre and Film Institute in Los Angeles, California.

Now, this is the topic that most of you are probably looking forward to. Well, we are sorry to say that there is not a lot we have to share regarding the personal affairs of Inbar. She has tried to keep things away from the media to the best of her abilities.

She was in an relationship with actor Christoph Sanders from 2011 to 2015.

Right from her young age, Inbar Lavi wanted to be an actress. She performed in stage productions before venturing into the mainstream cinema. Since having made her debut on the TV series “Privileged,” playing a minor role in 2008, the Israeli’s beauty is landed major roles in television series, including “Underemployed,” “Gang Related,” “Prison Break” and “Imposters.”

Talking about her film credits, Inbar’s first feature film role came with the movie, Abelar: Tales of an Ancient Empire, where she played the role of Alana in 2010. She has since starred in movies such as For the Love of Money, House of Dust, The Last Witch Hunter, and Sorry for Your Loss.

Her most recent accomplishments include a starring role in the urban fantasy series, Lucifer, which Netflix acquired the rights of the series for a fourth season with Fox canceling it after the third season. She played the role of Eve alongside Tom Ellis, Lauren German, Kevin Alejandro, and D. B. Woodside.

Through her works, Inbar Lavi as already enjoyed an extraordinary amount of success at her young age. She is not afraid to show the world who she really is and will never hesitate to connect with her fans in any way that she possibly can.

Lavi can be found on Instagram @inbarlavi, where she’s got nearly 1 million followers, which obviously is her most followed social media platform. She shares her photoshoots, behind the scenes pics, personal moments, and more and has amassed over 60 thousand followers on her Twitter.

Though Inbar’s exact net worth is not accessible to the public, she is estimated to have a net worth of $1 million, according to various internet sources.

She moved to the United States at the age of 16 to try her luck in acting. During his time, she performed in various off-Broadway productions in New York.

She moved to Los Angeles to study acting after she earned a full scholarship to the Lee Strasberg Theatre and Film Institute.

She stated in an interview that she used to watch movies all day long while getting treated for asthma when she was young. During this period, she fell in love with cinema.

Inbar cites Israeli-born actress Natalie Portman as her biggest inspiration to get into the entertainment industry. Léon: The Professional (1994) is her favorite movie of hers.

Prior to her acting career, she worked as a bartender as well as a waitress in a New York restaurant.