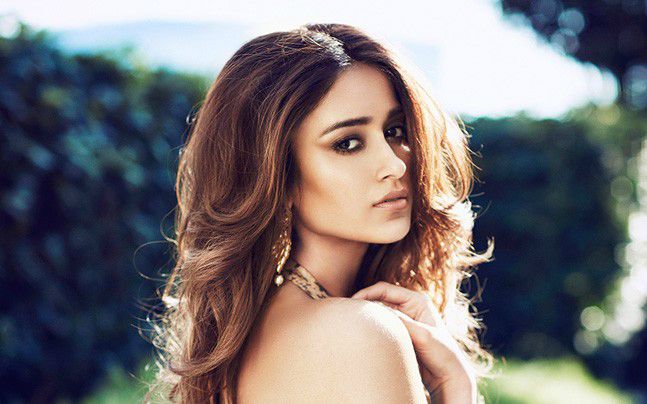 Ileana D’Cruz is an Indian actress best known for her performance in Anurag Basu’s critically acclaimed Barfi!, which earned her international fame, recognition and accolades. She has worked in different Indian language films like Telugu, Tamil, and Hindi. Ileana has created a name for herself in the competitive B-Town to become one of Bollywood A-listers. Her film credits include Pokiri (2006), Jalsa (2008), Kick (2009), Julayi (2012) Main Tera Hero (2014), Rustom (2016), and Raid (2018). She won the Filmfare Award for Best Female Debut for her roles in movies Devadasu (Telugu) and Barfi! (Hindi), respectively.

Ileana D-Cruz was born on the 1st of November 1986 to a Goan Catholic family in Mahim, Mumbai, Maharashtra, India. She is currently 33 years old.

Ileana D-Cruz is the second of four children to parents Ronaldo D’Cruz and Samira D’Cruz. She was born in the Goan Catholic family and was raised Catholic by her parents. She has three siblings, an older sister, Farrah D’Cruz Miranda, and two younger ones, sister Eileen D’Cruz and brother Rhys DCruz.

D’Cruz attended St. Mary’s Convent High School and College in Mapusa, Goa. she then obtained her bachelor’s degree from the University of Mumbai.

Ileana began dating Australian photographer Andrew Kneebone in 2016. The couple went for a vacation to Fiji in August 2016. In August 2019, several media outlets reported that the duo called off their relationship, but neither of them has confirmed nor refuted the reports.

In 2006, She first appeared in a Telugu film called Devadau as Bhanumathi Katamrajui, for which she received a Filmfare Award for Best Female Debut – Telugu.

Ileana made her Tamil debut with Kedi in 2006. The film was a box office disaster, but she was praised for her performance. She got her major breakthrough in Tamil with Shankar’s Nanban in 2012, opposite Vijay.

Her first Bollywood film was Barfi! in 2012, in which she cast alongside Ranbir Kapoor and Priyanka Chopra. For her performance, she won the Filmfare Best Female Debut Award, as well as earned a nomination for Filmfare Award for Best Supporting Actress.

She has endorsed a number of brands and products like Electrolux, Emami Talc, Fair and Lovely.

Model turned actress has an estimated net worth of $15 million. She is one of the highest-paid Bollywood actresses and the richest celebrity in the country. She takes Rs 2 – 3 crore as remuneration per film. Also having great business sense, this Bollywood bombshell fortune swells with stock investments.

Ileana runs her own restaurant chain called Fat D’Cruz Burger in Mumbai and Delhi and is also a proud owner of a women football team, Mumbai Angels. D’Cruz owns a Vodka brand, ‘Pure Wonderd’ Cruz – India’ and also has a perfume line and a clothing line called With love From Ileana and Ileana D’Cruz Seduction, respectively. Now, you would got an idea from where her amazing fortune comes from.

Ileana D’Cruz is a huge fan of Audi and has a couple of them, a swanky Audi S5 Sportback and a black A6. She lives with her family in a plush 3BHK flat in the posh area of Mumbai. She also owns a handful of real estate properties in Goa and Mumbai.

Over the years, D-Cruz has won over the likes of millions of fans worldwide and is one of the most followed celebrities on social media. Follow her on:

Gifted with great heights and sleek body, her mom’s hotel manager suggested her to take a try in modeling, which persuaded her to enter into the fashion world.

She claims that her first photoshoot by Marc Robinson was a disaster.

Ace filmmaker Rakesh Roshan bought D’Cruz to the showbiz after casting her in a few advertisements.

Ileana was the first actress to get Rs 1 crore as remuneration in the South Indian Film Industry.

Despite being brought up in Goa and Mumbai, she struggled with dialects in her Hindi debut. She can speak Hindi, Telugu, and English.

Ileana has done a bunch of editorial shoots for famous publishers and also featured in a number of renowned magazines.

She was once a coffee fanatic.

She describes herself as a bathroom singer.

Ileana is fluent in English, Hindi, and Telugu.