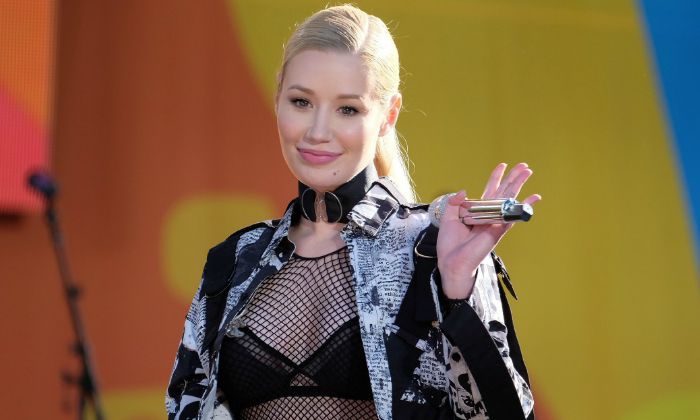 Who is Iggy Azalea?

Iggy Azalea is an Australian-born American singer, songwriter, rapper and model who made the leap to international fame with the release of music videos of her songs “Pu$$y” and “Two Times” in 2011. Azalea became the first non-American female rapper to reach the top of Billboard Top R&B/Hip-Hop Albums chart for her debut album “The New Classic”. She is also known for her chart-busting singles “Fancy”, “Work”, “Black Widow”, “Team” and “Change Your Life”.

Iggy Azalea was born on the 7th of June 1990, in Sydney, Australia. She is currently 29 years old.

Her father Brendan Kelly was a painter and comic artist while her mother Tanya cleaned holiday houses and hotels for a living. She was raised in Mullumbimby, New South Wales, where she lived in a mud-brick house built by her father on his own in a vast land spanning over 5 hectares.

Iggy Azalea didn’t complete her formal school education. She dropped out of high school and moved to the United States in pursuit of her music career.

She dated American rapper, A$ap Rocky from June 2011 to June 2012. In 2013, she began dating American basketball player, Nick Young, however, this relationship also didn’t last long as she called off their engagement in June 2016 after she found that he was cheating on her.

She briefly dated Moroccan hip hop recording artist French Montana from July 2016 to December 2016. She was romantically linked with rapper Tyga in 2018 by several tabloids.

Iggy Azalea released her first full-length project, a mixtape titled Ignorant Art, on September 27, 2011, followed by music videos of “Pu$$y” and “The Last Song”. She released her debut EP, Glory, on 30 July 2012 via Grand Hustle label.

Her debut studio album titled “The New Classic” via Mercury Records, and Island Def Jam Records was released on April 21, 2014. The album peaked at #3 on the Billboard 200 chart. The single “Fancy” from the album was her first work to chart on the US Billboard Hot 100.

In 2015, Iggy made a cameo appearance in the action film Fast & Furious 7.

In 2013, she guest appeared in music documentary TV series titled Tracks in an episode dated January 26, 2013, as herself.

Iggy gained a lot of fame with the release of music videos of her songs “Pu$$y” and “Two Times” and her debut studio album, The New Classic.

Iggy has accumulated a net worth of $6 million. She has dropped three consecutive chart-busting tracks “Problem,” “Fancy” and “Black Widow”, making her one of the few artists in the music industry to achieve this feat. She is one of the successful singers of our generation. Iggy lives in a lavish mansion in Los Angels, California.

Azalea spent most of her childhood in Mullumbimby, New South Wales before moving to the United States at the age of 16.

She adopted her stage name “Iggy Azalea” from the name of her childhood dog and the street she grew up on.

Iggy started rapping at the age of 14 and even started a band with two other girls from her neighborhood. and later disbanded due to the lack of interest of other girls.

She worked with her mother cleaning hotel rooms and holiday houses and made a short trip to the United States with that money, but eventually, she decided to stay telling her parents she was not coming back.

Azalea lived in several places like Miami, Houston, and Atlanta, before settling in LA, California, where she still resides.

She has credited Beyoncé as an influence and Missy Elliott as the female rapper who she is influenced by and admires the most.

Iggy’s music career took off when she released her first full-length project, a mixtape titled Ignorant Art and she started uploading her freestyle music videos on YouTube.

She is the first female, as well as the first non-American rapper, to be featured on  XXL’s ‘Top 10 Freshman List’. in 2012.

In March 2015, in an interview to Vogue, she revealed that she had enhanced her breasts through breast augmentation, saying she initially decided not to discuss it publicly. She stated that she doesn’t like some things about herself that she wanted to make it right through surgery. She also had a nose job in August 2015.

Iggy is naturally dark blonde, but she often tends to dye her hair light blonde.

She came into the limelight when the music videos of her songs “Pu$$y” and “Two Times,” went viral on YouTube.

In 2016, Azalea was presented with the Woman of the Year award by GQ Australia.

Iggy Azalea was approved for permanent residence in the United States in March 2018.

In November 2018, she quit her record label, Island Records and is currently an independent artist.