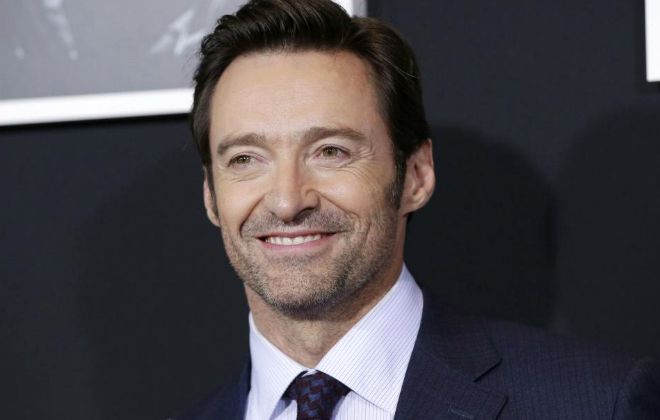 Who is Hugh Jackman?

Hugh Jackman is a famous Australian actor and producer who is best known for his work as Wolverine in the X-Men film series. He has starred in a number of internationally acclaimed movies such as Prisoners, The Prestige, Les Misérables, Pan, and Van Helsing. He earned his first Academy Award nomination for Best Actor and his first Golden Globe Award for Best Actor for his work in the movie Les Misérables.

Jackman describess himself as a Christian and a “religious person”. He meditates daily and follows the spiritually eclectic School of Practical Philosophy.

Hugh Jackman attended Pymble Public School for his primary education and later attended the all-boys Knox Grammar School on Sydney’s Upper North Shore, where he starred in its production of My Fair Lady in 1985. Following graduation, he spent his drop year by working at Uppingham School in England as a Physical Education teacher.

Hugh Jackman got his first film role in “Erskineville Kings”, an Australian drama film in 1999, playing the role of Wace.

In 1994, Jackman appeared in an episode of an Australian television drama series, “Law of the Land” for his role as Charles “Chicka” McCray.

His portrayal of Logan/Wolverine in X-Men film series.

His other notable work includes his roles in film such as Prisoners, The Prestige, Les Misérables, Pan and Van Helsing.

Hugh Jackman has a net worth of $180 million dollars.

His parents divorced when he was eight and was brought up by his mother.

For his performance as Curly in the Royal National Theatre’s acclaimed stage production of “Oklahoma!”, Jackman received Laurence Olivier Theatre Award for Best Actor nomination in 1999.

In 2004, Jackman won the Tony Award and the Drama Desk Award for Outstanding Actor in a Musical for his 2003–2004 Broadway portrayal of Australian songwriter and performer Peter Allen in the hit musical “The Boy from Oz”.

Jackman is a multi-instrumentalist; He plays the guitar, piano, and violin.

In 2003, he was named as one of “The 50 Most Beautiful People in the World” by People magazine.

He catapulted to international fame after he played Wolverine in X-Men. In the comics, Wolverine stands 5′ 3″, however, Jackman stands a whole foot taller than his character, at 6′ 3″.

He was voted People Magazine’s “Sexiest Man Alive” in 2008.

His life goal as a young man was to be an international freelance journalist. He got a degree in journalism before acting.

Jackman is the Godfather of Rupert Murdoch’s daughters Grace and Chloe.

In 2012, Jackman received a Star on the Hollywood Walk of Fame accompanied by his family as well as his “Les Misérables” director Tom Hooper and co-stars Anne Hathaway and Amanda Seyfried.

He has 2 pets – Peaches (French bulldog) and JJ (bulldog).

In China, he is nicknamed Wolf Uncle because his name does not translate easily.

Jackman turned down the lead role offer in the movie The Huntsman in Snow White and the Huntsman (2012), which later went to Chris Hemsworth.

As a Philanthropist, Jackman is a global advisor of the Global Poverty Project and a vocal supporter of Muhammad Yunus, microcredit pioneer and Nobel Peace Prize winner.