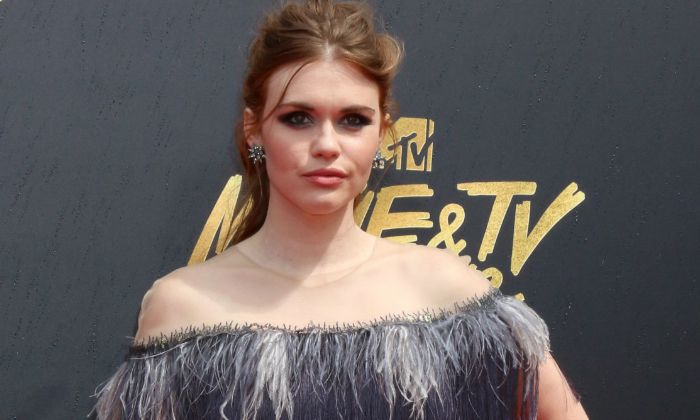 Who is Holland Roden?

Holland Roden is an American actress who gained immense popularity for her role as Lydia Martin in MTV Network hit show, Teen Wolf. Having starred in the series for six seasons, the Dallas native established a name for her herself in the industry. In addition, Holland has appeared in many other hit series including, Lost, Cold Case, Community, Criminal Minds, CSI: Crime Scene Investigation and Grey’s Anatomy. In 2018, she was seen in her starring role as Zoe Woods in Syfy’s horror anthology series, Channel Zero: Butcher’s Block. On films, she has appeared in Bring It On: Fight to the Finish, House of Dust, and The Haunting Of Redding Hospital.

Holland Roden was born on the 7th of October 1986, in Dallas, Texas, United States of America. She is currently 34 years old.

Holland Roden is the daughter of Cheryl and Jay Roden. She has three siblings, Taylor, Scott, and Ryan Roden. Her paternal grandfather is Grady Doyle Roden and paternal grandmother is Dorothy J. Northam.

She graduated from Hockaday School, an all-girls private school in Dallas, Texas. She then enrolled at the University of California, Los Angeles (UCLA) from where she graduated in molecular biology and women’s studies.

Holland Roden is currently believed to be single. She was in a relationship with actor Max Cover, her co-star on Teen Wolf. The couple began dating in May 2014 before calling it quits in 2016.

She also dated Colon Haynes and Ian Bohen in the past.

Roden made her acting debut with a direct-to-video teen comedy film ‘Bring It On: Fight to the Finish’ in 2009, in which she played the role of Sky.

She has appeared in a hots of short films including ‘Consideration’, ‘Back at the Ranch’, ‘Morning Love’ and ‘Fluffy’.

Her silver screen debut came with the 2014 supernatural thriller film, ‘House of Dust’ as Gabby.

In 2007, Holland Roden had a guest-starring role in an episode of the CBS crime drama television series, CSI: Crime Scene Investigation. She appeared in an episode titled “Goodbye and Good Luck” as Kira Dellinger.

Roden was cast in one of her most successful starring roles as Lydia Martin in the MTV Network’s most popular series Teen Wolf. The series brought her to fame and earned a Young Hollywood Awards and a Teen Choice Awards in 2013 and 2014, respectively. The series ran for six seasons and she played the lead role in all of the seasons, deemed as one of the best works in her career.

Following the success of Teen Wolf, she emerged as a breakout star in Hollywood. Her other notable works include ‘Lost’, ‘Cold Case’, ‘Community’, ‘Grey’s Anatomy’, ‘Channel Zero: Butcher’s Block’ and ‘MacGyver’.

She developed an interest in the arts at an early age.

She was fascinated by the “Queen of England” at only six years old.

Holland never let her love for performing arts die even though she comes from a medical family. She took acting lessons at a very young age.

She moved to Los Angeles where she studied pre-medical education for three and a half years with an intention of becoming a cardiothoracic surgeon. But her passion for acting overtook her aspirations and the rest is history.

Holland has appeared in music videos for Seasons’ 2010 hit “Light, Lost,” Dutch Party’s 2015 hit “Paper Moon,” and The Lighthouse and The Whaler’s hit “I Want To Feel Alive.”

According to her, “Shopping is my sport, and Fashion is my religion.”

On May 17, 2019, Roden was detained by Brazilian officers at the São Paulo–Congonhas Airport, in São Paulo, Brazil and was restricted entry into the country for 24 hours in view of an invalid visa. They later allowed her to enter the country. She said, “After two years of traveling to Brazil with this passport and this visa with no problems, to meet fans and make friends, I am taken aback by the accusations and the treatment that faced me from the Brazilian Police today. I am shocked that this is the same Brazil I know and love.”

She is a huge fan of indie music. She spends her free time listening to the music of artists including Ingrid Michaelson, Josh Rouse, Cat Stevens, Mumford & Sons, and Crash Kings.

Her favorite actor is Michael J. Fox from Canada.

She has a pet dog named Fievel.