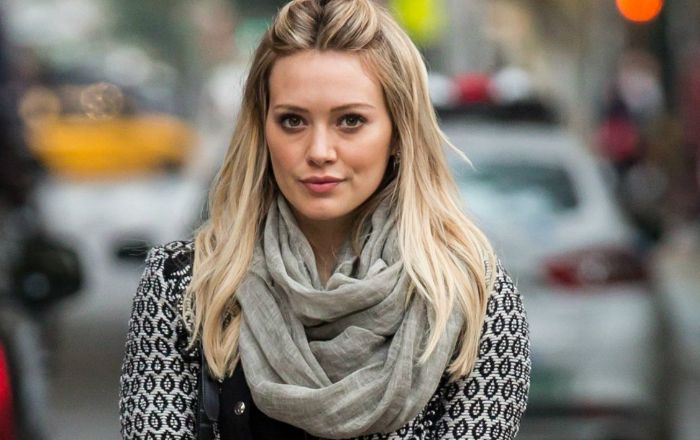 Who is Hilary Duff?

Hilary Duff is a multi-talented personality who has created a name for herself in the entertainment industry in just a two-decades-long career. Apart from being an actress, she has branched out her skills as a singer, fashion designer, entrepreneur, and author. She gained fame as a child actress playing the title character of the Disney Channel television series Lizzie McGuire. This role branded Duff as a teen idol. She has been a cast in a number of hit films like The Lizzie McGuire Movie, A Cinderella Story and Cheaper by the Dozen. She plays Kelsey Peters on the TV Land comedy-drama series Younger since 2015, for which she has received nominations for People’s Choice Awards in 2016 and 2017. She has released a string of platinum-certified studio albums, including Metamorphosis (2003), Hilary Duff (2004), Most Wanted (2005), and Dignity (2007).

Hilary Duff is the younger daughter of Robert Erhard Duff, a partner in a chain of convenience stores, and Susan Colleen (née Cobb), a homemaker turned film and music producer. Her older sister, named Haylie, is also a singer and actress.

Duff was homeschooled as she got involved in acting at a very young age. She has German, English, Scottish, Scots-Irish, French, and Welsh ancestry.

Hilary Duff has often headlined the tabloids due to her romantic linkups with many men including Aaron Carter, Shia LaBeouf, Frankie Muniz, and Joel Madden. She finally married Mike Comrie, a former Canadian Ice Hockey player, on 14 August 2010, in Santa Barbara, California.  They together have a son, Luca Cruz Comrie, born on 20 March 2012. The pair ended their three and a half years of marriage in January 2014 and their divorce was finalized in 2016.

Duff began dating musician Matthew Koma in January 2017. On June 8, 2018, she announced that she is expecting her second child, a daughter, with her boyfriend Koma. The couple welcomed their first child together, Banks Violet Bair, in October that year. They got engaged in May 2019.

Hilary Duff made her acting debut in the 1998 film Casper Meets Wendy for her role as Wendy. She was nominated with the “Young Artist Award for Best Performance in a TV Movie”.

In 1997, Duff was cast in an uncredited role in the Hallmark Entertainment western miniseries True Women.

Hilary Duff released her debut studio album titled Santa Claus Lane on 15 October 2002 through the label Buena Vista. The album charted at #154 on the Us Billboard 200 and at #134 in Japanese charts (Oricon).

However, it was her second album, Metamorphosis brought her enormous fame and popularity. The album was released on August 26, 2003, peaking at #1 on the Billboard 200 and sold selling 203,000 copies in its first week, becoming the highest opening week sales figure for a debut album by a female artist in 2003.

She got her breakthrough as an actress when she was cast in the titular character in the Disney Channel comedy series Lizzie McGuire. She garnered a lot of accolades and praises for her role in the series.

Duff became known as a singer in the music world after releasing her Christmas-themed debut studio album Santa Claus Lane in 2002. She achieved huge success with the release of her second debut album Metamorphosis in 2003. followed by hit albums Hilary Duff (2004), Most Wanted (2005), and Dignity (2007).

Hilary Duff has a net worth of $25 million dollars and this money comes from her film and television appearances, music sales, business endeavors, brand endorsements, and public appearances. Hilary has several properties in possession, including a posh mansion in Toluca Lake and a house Beverly Hills. She owns a Mercedes-Benz G-class, a gift from her husband, Porsche 911, and a Range Rover.

Duff first appeared on the cover of April 2002 issue of Popstar magazine.

She was named the  #1 Hottest Teen Female Star for 2003 based on her acting, singing, public appearances, and charity work.

In 2004, Duff launched her clothing line, Stuff By Hilary Duff, and the company later its business into furniture, fragrances, and jewelry. The company was shut down in 2008.

Duff has involved herself with various philanthropic activities throughout her career.

She made the Forbes list of richest young stars under 25 in 2005 with estimated earnings of $15 million for that year.

Hilary released her first young adult novel, Elixir, on October 12, 2010, which also made it to the New York Times’ Best Sellers List.

She has her own Barbie doll.

In September 2019, she launched a capsule collection under her sister Haylie’s children’s clothing line “Little Moon Society”. That same month also saw the launch of her own make-up kit named “Daydreamer”.