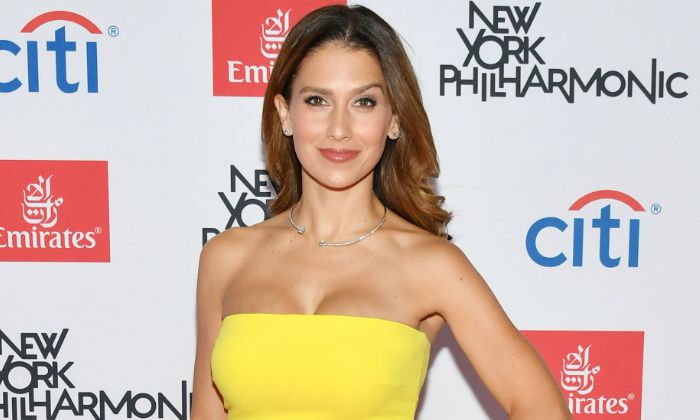 Who is Hilaria Baldwin?

Spanish born American yoga instructor, fitness guru Hilaria Baldwin is perhaps known to the world as the second wife of American actor and comedian Alec Baldwin. She co-owns a yoga studio known as Yoga Vida which has its presence in many locales in the neighborhoods in New York City. Besides her fitness career, she serves as a lifestyle correspondent for “Extra”, where she covers fitness, fashion, celebrities, and news. Having featured on such renowned magazines as New York Times, Elle, and Yoga Journal, Hilaria published her book, “The Living Clearly Method: 5 Principles for a Fit Body, Healthy Mind & Joyful Life” in December of 2016.

Hilaria Baldwin was born on the 6th of January 1984, in Mallorca, Spain. She is currently 35 years old.

Talking about her family background, not much is known about her personal life, including her parents’ identities or if she has any sibling or not. She was born to a Spanish mother and an American father. She was raised in Spain and Boston. As a child, her parents put her in a dance studio to learn to dance when she was two years old.

She studied ballet, flamenco dancing and gymnastics as well. By the time she turned 13, she’s already an accomplished dancer and took her dancing skills to the whole new level by competing in international Latin ballroom dancing competitions across the globe. As for her education, Hilaria attended New York University from where she majored in art history and dance.

Hilaria Baldwin is married to American actor and comedian Alec Baldwin since 2012. The two started dating in 2011 after they first met each other at a restaurant in New York called Pure Food and Wine in February 2011. Having fallen for her, Alec introduced himself to her and the two began exchanging their interests. A few days later, they went on their first date and soon became romantically involved. The got engaged in April of the following year and got married on June 30 at New York City’s St. Patrick’s Old Cathedral.

The couple welcomed their first child together, daughter Carmen Gabriela Baldwin, on August 23, 2013, followed by sons Rafael Thomas Baldwin (born on June 17, 2015), Leonardo Ángel Charles Baldwin (born on September 12, 2016) and Romeo Alejandro David (born on May 17, 2018). In April 2019, several media outlets reported that she’s expecting her fifth child with her husband Alec but unfortunately, she suffered miscarriage. In addition, Hilaria also has a stepdaughter named Ireland Baldwin, Alec’s daughter from his first marriage to actress Kim Basinger. She shares a close relationship with her.

Hilaria Baldwin made her television debut, guest starring as herself with Extra, a news program that covers current events, in 1994. She also served as a special correspondent in as many as 35 episodes from 2012 to 2017.

She landed her first film role as a yoga instructor in the 2016 drama and romantic film, Blind, which had her husband Alec Baldwin playing the lead role opposite Demi Moore.

According to several financial outlets, Hilaria Baldwin has an estimated net worth of $10 million.

She began to learn dance at a very young age and excelled in it.

She became vegetarian at age 5.

In 2009, she suffered a leg injury from a bad fall that led her quit dancing.

In her book, she revealed that she struggled with anorexia and bulimia as a result of pushing her limits in her often lucrative dancing career.

She quit dancing and shifted her focus towards Yoga while recovering from the ailment. In January 2010, she co-founded Yoga Vida, a yoga studio that has its training studios is Union Square, Noho, Tribeca and Dumbo.

Hilaria has been featured on several magazines including the New York Times, Elle, and Yoga Journal.

As a Yoga instructor, she has guest appeared on TV shows like TODAY, Katie, LIVE with Kelly and Michael and The Rachael Ray Show.

In addition to English, Hilaria Baldwin is also fluent in Spanish, her first language. She mostly speak to her daughter Carmen in Spanish.