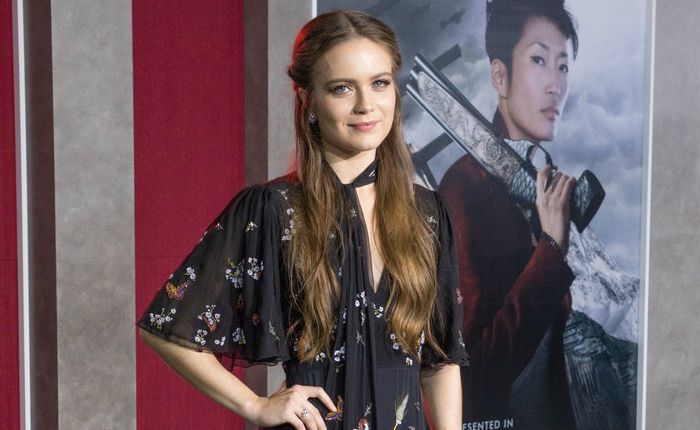 Who is Hera Hilmar?

Hera Hilmar is an Icelandic actress who created a name for her herself in the creative industry with her role as Vanessa in the television series Da Vinci’s Demons. She portrayed Eik in the Icelandic film Life in a Fishbowl and went on to play Hester Shaw in the 2018 post-apocalyptic adventure film Mortal Engines. She received an Edda nomination in 2007 for her role in The Quiet Storm.

Hera Hilmar is the daughter of actress Thorey Sigthorsdottir (Þórey Sigþórsdóttir) and film director, Hilmar Oddsson. She is the only child to her parents and belongs to Icelandic ethnicity.

Hera was accepted into the iconic London Academy of Music and Dramatic Art from where she graduated with a BA (Hons) Professional Acting. There she was a Richard Carne Trust scholar and William and Katherine Longman Charitable Trust scholar.

Though we are not sure about her current relationship status, her Instagram feed shows that she has a boyfriend. However, she prefers not to reveal the identity of her boyfriend.

Hera Hilmar made her on-screen debut with the Icelandic biographical drama movie, Tears of Stone, in 1995.

Hilmar debuted on television in the crime drama TV series, Svartir Englar, in 2008.

She gained immense popularity with her starring roles as Vanessa in the fantasy drama TV series, Da Vinci’s Demons (2013-2015) and as Eik in the Icelandic drama movie, Life in a Fishbowl.

Her net worth is estimated to be around $500 thousand. She splits her time between Los Angeles, London, and Icelandic capital Reykjavik.

She earned an Edda nomination for her role in the 2007 film The Quiet Storm.

She can speak with a fluent British accent, thanks to the London Academy of Music and Dramatic Art.

Hera began acting at a very young age in her father’s films.

In 2015, she was named as one of the films’ Shooting Stars by European Film Promotion.

She was discovered by director Guðný Halldórsdóttir while she was performing a play in high school and offered her the leading role in the feature film, The Quiet Storm in 2007.

In 2018, she was cast in the leading role in the fantasy movie, Mortal Engines, which is based on the best-selling book of the same name.