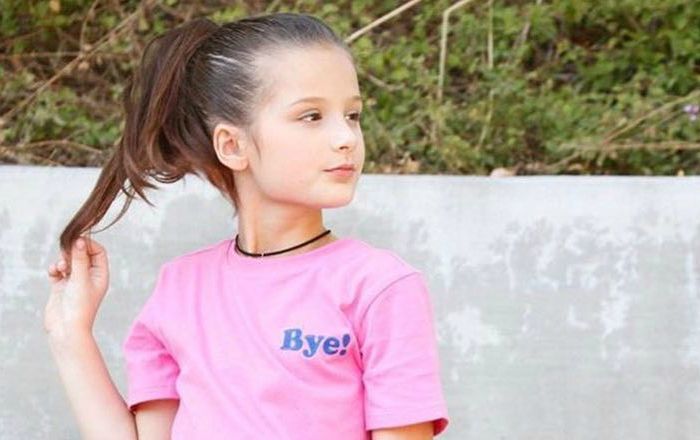 Who is Hayley LeBlanc?

Hayley LeBlanc is an American YouTuber and actress best known for her self-titled YouTube channel, on which she has more than 1.5 million subscribers. She is the youngest member of the Bratayley family, who also features on their family YouTube channel Bratayley, which has over 7.3 million subscribers. She along with her sister have signed with Disney’s Maker Studios. She was cast as Harmony on the web series Chicken Girls and has also featured in the web series Mani.

Hayley LeBlanc was born on the 2nd of September 2008, in Katy, Texas, United States of America. She’s currently 11 years old.

Hayley LeBlanc is the youngest of three children of Billy LeBlanc, a former US Navy personnel, and Katie LeBlanc. She has two siblings. Her older sister, Annie LeBlanc, who is also a social media star. She runs her own YouTube channel as well as a popular Instagrammer.

Hayley and her sister have got trained in gymnastics for years now and they both make a lot of videos about gymnastics. She had an older brother named Caleb LeBlanc, who died in October 2015 when he was 13 years old due to a rare heart condition called Hypertrophic Cardiomyopathy.

Hayley has not been in a relationship with anyone as she is currently focusing on her career developing.

Hayley earned fame initially featuring on their family’s YouTube channel Bratayley as well as on her sister’s channel. She is also a gymnast like her sister. The channel was originally created to feature her gymnastics videos, which soon gained popularity among the online audience and became their official family channel.

She has her own eponymous YouTube channel, which was officially launched in December 2015, on which she posts a variety of videos from her daily activities to speaking about her emotions to cooking and dancing stuff.

Hayley LeBlanc has not appeared on any film or TV show till date.

Hayley has appeared in television commercials for Pop Jam and Nintendo.

Hayley’s net worth is estimated to be $200 thousand dollars. She lives in Maryland with her family, but also owns a house in Los Angeles, California.

All of her social accounts are managed by her parents. She has over 3.4 million followers on Instagram and 1.5 million subscribers on her self-titled YouTube channel.

She has three dogs named Piper, Winnie, and Gigi.

At 13. Hayley had eye surgery due to poor eyesight.

She wanted to be a chef or otherwise teacher.

As a gymnast, Hayley can do a handstand, kick-over, cartwheel, round off, back handspring, press handstand on the ground, etc.

She has over 3.9 million fans on her “superhayley” musical.ly account.