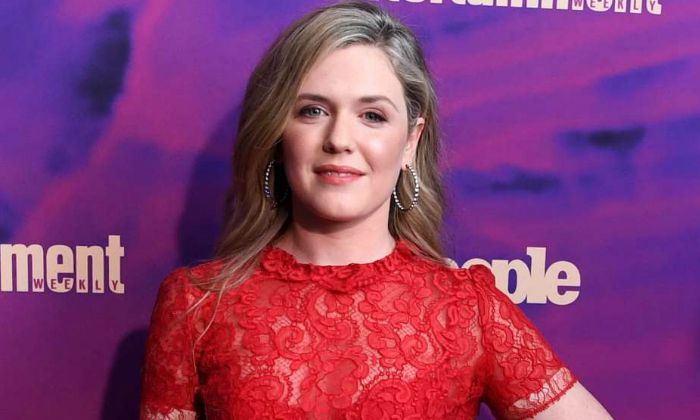 Who is Harriet Dyer?

Harriet Dyer is an Australian actress who gained a lot of attention lately for playing the lead role of Cassie Bedford on NBC’s drama series The InBetween. Her early roles include Emma Cosdosca in Micro Nation, Patricia Saunders in Love Child and April in No Activity. Harriet received several nominations for her work in the series Love Child. She has appeared in such movies as Ruben Guthrie, Down Under, and Killing Ground.

Harriet Dyer was born on the 17 October of 1988, in Townsville, Queensland, Australia. She is currently 31 years old.

Speaking about her family, not much information about her parents, childhood and early life are available on the web. In an interview, she stated that she’s a private person and takes great care to keep things under the radar. She has one sister. Her father was an injury lawyer. She recalls that she used to make prank calls to his office with a little old lady voice and say that I slipped over in the shopping center and wanted a billion dollars.

Harriet attended Townsville Grammar School located in the neighborhood of Townsville. After graduating from school, she studied at the National Institute of Dramatic Art. She also studied acting at the Actor’s Centre Australia, graduating in 2011.

Dyer has been romantically linked up with actor Patrick Brammall, her co-star from No Activity, since 2017.

Harriet Dyer made her feature film debut as Virginia with the 2015 romantic drama film Ruben Guthrie.

Dyer’s first acting role came in 2012 when she was cast as Emma Cosdosca in the television comedy mockumentary series Micro Nation.

She earned critical acclaim and several award nominations for her role as Patricia Saunders in the drama series Love Child. It is her most significant role to date that earned her a name in the television circuit. Dyer followed it up with roles in No Activity, The Other Guy and The InBetween, all of which proved her acting prowess as an actress.

Dyer’s off-screen fame can be attributed to her popularity on social media platforms. She is very active on Instagram and Twitter and she posts a lot of personal photos as well as photos taken from shoots. She has over 20k followers on her Instagram page and over 4k followers on Twitter.

She was raised in Townsville. She had to take a corrective surgery at age one to rectify the cross-eyed issue.

She was a music captain at high school and in every choir and band during her school years.

She learned dancing for most of her life and desperately wanted to get back to it.

In 2019, she landed a role in the NBC drama series The InBetween, a major breakthrough in her career. She plays Cassie Bedford, a woman who can see and communicate with the dead.