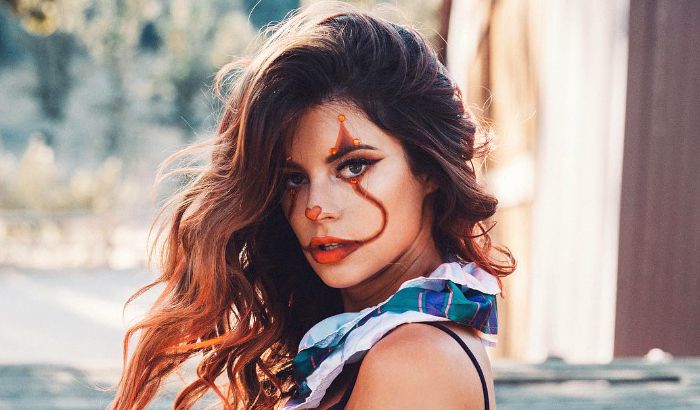 Who is Hannah Stocking?

Best known for her stunning looks, sultry toned body, and bewitched persona, Hannah Stocking rose to fame as a model even before she embarked on a social media career. This ravishing Instagram star has amassed more than 18 million followers along the way. She made herself known to people through fascinating modeling gigs and thereafter, she became active on short video sharing platform Vine. She turned to YouTube and other social media platforms when Vine shut down its door. Well, Today, Hannah is a happening star on the internet who has an immense fan following across multiple platforms!

Hannah Stocking was born on 4 February 1992, in Ashland, Oregon, United States. She is currently 28 years old.

Hannah is the youngest of two children of Holly Stocking and Jon Stocking. She has an older sister named Ruby Stocking.

Stocking attended Ashland High School. Further, she graduated with a major in chemistry / biological sciences from the Dominican University of California.

From her Instagram posts, it looks like she’s currently single. However, she had dated NBA star Klay Thompson in 2014, but she ended her relationship with him in 2015 after learning that Klay cheated on her with Kerrueche Tran, who is a model and actress.

Past that, she was reported to have dated basketball star Kyrie Irving in 2014.

Hannah has an estimated net worth of $500,000 US dollars as of 2020. She’s monetizing on her popularity on social media through which she banks a staggering amount of net worth. She also makes a huge amount of money from modeling gigs and other endeavors.

After graduation, she joined the short video sharing app Vine and began posting videos. She instantly became popular on the platform with her first video “How girls react to guys VS. How men respond to the girls”.

Post that, she has associated with some popular Viners including Inanna Sarkis, Melvin Gregg, Alx James, and King Bach.

Hannah is a vocal advocate of anti-animal cruelty initiatives.

In December 2019, Stocking was a collaborator of the 2019 YouTube Streamy Awards.